This was going to be a Top 10 Albums of the Decade list, but as I’ve done plenty of lists in the recent past I thought I’d write about something a little different before I embarked upon another one. Because not only has the past decade produced some remarkable albums, it’s also seen incredible advances in the way music is shared and discovered, some of which we would never have anticipated ten years ago (one of the world’s biggest bands offering their new album online for however much you want to pay for it? Oh yeah, and next you’ll be telling me that you can point your phone at a radio and it’ll tell you what song’s playing. Riiiight).

So here’s a rundown on how we’ve shared music in the last ten years. Starting, naturally, with. . .

“We’re gonna hunt you down like the table scrap-pilfering grab-asses you are” — The Rise, Fall and Rebirth of File-Sharing

In 2000, I was 15, obsessed with Metallica and in possession of a dial-up internet connection whose use was heavily monitored by my parents. The latter two facts, whilst they may not be particularly interesting on their own merit, were very good reasons why I didn’t sign up for the Napster file-sharing service after learning about it through its infamous legal battle with Metallica drummer Lars Ulrich, who led the campaign to extinguish it after discovering that it had made the band’s back catalogue available for free download.

Napster itself was shut down in July 2001, as a result of legal action by Metallica, Dr Dre and several record companies (not before spawning the still-hilarious”Napster Bad” animation, which portrayed Ulrich as a hyperactive money-hungry brat and singer James Hetfield as a monosyllabic, mentally-challenged giant). But the seed of file-sharing had been sown; soon enough, other services such as Aimster and Soulseek popped up with the same premise, followed by the still-thriving LimeWire. It was, one supposes, a logical extension of the practice of copying tapes and CDs, but with access to music owned by millions of people all over the world.

Prior to the introduction of Myspace and the iTunes store, it was also a good way to discover new music; if you heard about an artist and wanted to see what they sounded like, you had only to type their name into your file-sharing program’s search engine and you’d be hooked up with as much of their music as the program’s current users had in their collections. Of course, post-Myspace and iTunes this ceased to become a valid excuse for downloading, and ever since Napster there’s been heated debate between musicians and industry figures as to the pros and cons of downloading. But no matter how cheaply iTunes or similar programs make music available, there are always going to be people who want free shit; as at the date of this article LimeWire continues to operate, with millions of users worldwide.

You’re a symbol for your kind, Mr Anderson — The Power of the Social Networking Site

Myspace, the first of the world-conquering social networking sites which became an integral part of the decade’s latter years, was founded in 2003 by Tom Anderson and other employees of internet marketing company eUniverse, and quickly became an easy, cost-free way for artists and bands to upload and share recordings, as well as keeping fans up-to-date on news and tour dates. The service is used by both established and less well-known acts, some of whom (Metro Station, Lily Allen, Kate Nash) found fame via their Myspace Music profiles.

The beauty of Myspace Music is that tracks can be played in their entirety (occasionally they are offered as free downloads) to allow listeners to form an opinion prior to purchasing; while it may sound petty, you have to admit that in the current economic climate it’s good to know you won’t be dropping cash on an album you’ll be disappointed with. Plus, a look at a band or artist’s Top Friends will usually turn up similar artists to check out, thereby potentially expanding your music collection further. 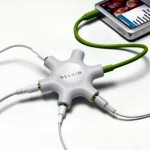 In the last couple of years, Facebook has also introduced Pages, which allow users to become”fans” of a band or artist. The pages function in a manner similar to Myspace – to interact with fans and post songs, videos or news. Numerous artists have also taken to Twitter as a means of sharing news or posting links to videos, and many artists and record companies have started their own YouTube channels where an artist or label’s videos can conveniently be found in one location.

Although Myspace has been taken over in popularity by Facebook as a tool for social networking, Myspace Music is still thriving, not only because of the unprecedented free access to music but because of the connection it offers with the artists.

iBuy — Shazam and The iTunes Phenomenon

Obviously, I couldn’t write an article on music-sharing technology without mentioning the behemoth that is the iTunes Store. Arising from the file-management software accompanying the iPod, Apple’s phenomenally successful venture into the mp3 player market, the iTunes Store opened in 2003 and has since sold billions of songs, accounting as at January 2009 for 70 per cent of the world’s online music sales.

The music-sharing aspect of the iTunes Store comes from its Genius feature, which suggests music based upon a user’s existing music library, and a sidebar on a band or artist’s biography page which suggests similar artists. Most importantly, similar to Myspace Music, iTunes offers 30-second previews of every track in its massive catalogue, organised by album, year and popularity with purchasers. It also offers reviews on albums.

Aside from its incredibly extensive catalogue (there have only been two bands whose music I have failed to find, one of which has since been added), iTunes is also cheap, providing an alternative to the. . . less legal file-sharing services such as LimeWire whilst cutting several dollars off the cost of a physical CD. I know that personally, I have discovered quite a bit of my favourite music through iTunes and its recommendations – it was the source of my current obsession with The National – and it’s an incredibly easy one-stop shop for discovering, purchasing and transferring the purchases onto your iPod. And then, if you’re so inclined, discovering more.

Speaking of which, Shazam Entertainment’s Shazam application, which is available for most current mobile devices but is best-known as an application for Apple’s iPhone, does something we would never have thought possible last decade; just point a Shazam-equipped device at a radio, television or other source of music, and Shazam will search its database, which includes over 8 million songs, and identify the song and artist. I don’t have a phone that supports it, so I am forced to rely on the Google-the-lyrics method (I never thought Googling something would make me feel old-school), but I’ve seen it in action and it really does seem to work. And it’s much easier than trying to remember lyrics.

Music to Try Stuff On By — The In-Store Playlist 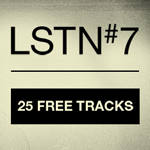 Confession time: You know how I said I’d discovered some of my favourite music through iTunes? Well, I’ve also discovered some gems by browsing Urban Outfitters’ LSTN collection, which comprises approximately 20 tracks compiled every month by UO’s bloggers and released as a free download in the US iTunes Store. The songs can be played in full on the LSTN site, with brief but accurate descriptions of each.

As far as I am aware, the LSTNs do not reflect the music that gets played in UO’s outlets and are more a compilation of the bloggers’ favourite songs of the month. But they’re great. Several stores now prepare in-store playlists and provide song and artist details on the internet (just Google”(name of store) in-store playlist” or similar) to personalise the in-store experience rather than simply having the radio on, and depending on the store, there’ll often be some excellent stuff to discover.

Last.fm, founded in 2002, is a British-based site which combines an internet radio service, tools to recommend music based upon a user’s taste and a strong social networking aspect (users can add one another as friends, assess their musical compatibility, leave”shouts” , join groups and post blog posts).

My favourite aspect of the site is that not only does it recommend artists to you based upon those contained in your iTunes library or those whose songs you play whilst using the site, but it allows you to see in real-time what your friends are listening to, what tracks they have”loved” and what they’ve listened to most recently. Then, of course, if you discover something that strikes your fancy, you add it to your library and a whole stream of other possibilities opens up.

Other programs such as Pandora and Spotify offer similar services, but are currently more limited in their geographical scope — Pandora, which after a user enters the name of an artist creates a radio station playing similar music, is only available in the US and Spotify in selected European countries. Fortunately, Last.fm remains widely available, as it has become an invaluable resource for discovering new music.

Of course, the above list is not meant to represent every way in which music is currently shared and introduced to a new audience. Some music magazines, such as”Q” and”NME” , offer mp3s of or links to the videos for new songs;”Q” also offers a preview of every track on its monthly Q50 list, which comprises new tracks and re-releases from that month. Music has also become increasingly prominent in video games, from the radio stations in”Grand Theft Auto” to the music-specific games such as the”Guitar Hero” and”Rock Band” series. The rise of the blog has naturally produced numerous music blogs, which are an excellent way to find out about up-and-coming bands and artists; even celebrity scandalmonger Perez Hilton has gotten in on the act, occasionally posting a video by a favoured artist or, lately, one signed to his new record label.

In 2007, Radiohead released their”In Rainbows” album as a download for which the purchaser could pay as much or as little as they liked. The experiment proved wildly successful, propelling the album to #1 in the US, UK, Ireland, Canada and France and to #2 in Australia and New Zealand.

Whilst file-sharing sites have continued to prosper, services such as Myspace, the iTunes Store and Amazon Music have made file-sharing less justifiable by providing song previews, unlimited free play (in the case of Myspace Music) and inexpensive downloads. Internet radio sites are also still expanding, with Last.fm claiming over 300 million users in more than 200 countries.

In summary? I can’t pretend to know what technology we’ll come up with in the next decade, but based upon the advances made in the last one, it’s sure as hell going to be exciting.