One of the most savvy lines from The Runaways movie starring Kristen Stewart, Dakota Fanning, and Michael Shannon sums up publicity in the music business: “It’s press, not prestige. Get used to it.” This was a reference from Kim Fowley to Cherie Currie as she was upset at a magazine interview that was anything but flattering.

John Mayer and Katy Perry recently made entries into the old adage. John Mayer quit using Twitter as he could not handle the criticism from followers. Better yet, Katy Perry shows off what a classy and talented girl she is (see video below). There’s nothing new here, musicians get press that doesn’t always portray them in the best of light. Get used to it.

1.) Rock singer Marilyn Manson’s real name is Brian Hugh Warner. The name Marilyn Manson is a combination of two names: Marilyn comes from Marilyn Monroe, the movie icon. Manson is the surname of Charles Manson, a notorious planner of sorts.

2.) Marilyn Manson’s name is not the only tie Charles Manson has to the music world. Charles was a failed musician who wrote a couple of songs for the American pop-rock band The Beach Boys. 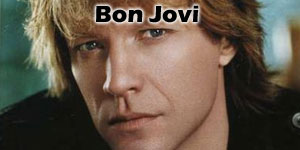 4.) Jon Bon Jovi is not the singer’s birth name: it is John Francis Bongiovi.

Nirvana front man Kurt Cobain‘s end was controversial. Their favorite suspect has been Courtney Love, Kurt Cobain’s rock singer/actress/ex-stripper wife. She has since tried to clean up her image by avoiding bad press and refusing to discuss old news related to her past. 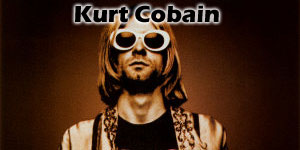 Metallica lost their bassist Cliff Burton at the age of 24 in a horrendous bus crash, in 1986.

English hard rock/glam rock band Def Leppard lost their rhythm and co-lead guitarist Steve Clark to drinking in 1991 at the age of 31.

INXs lead singer Michael Hutchence‘s passing in 1997 was ruled as a self caused but there were also many theories that it might have been a heart attack. 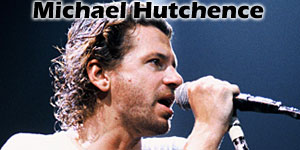 6.) The first substance Red Hot Chili Peppers singer Anthony Kiedis used was Mary Jane given to him by his father when Kiedis was a teen. Anthony’s first time was also “thanks to his father”, as he “let” his son sleep with his girlfriend.

7.) Usually it is the pop divas who are notorious for their ludicrous backstage demands. However rock band Van Halen has a really weird point in their contract: they are to have M&Ms waiting for them at backstage; with all the brown M&Ms removed from the bunch. However the idea behind this is not star syndrome. It is a way for the band to check if the organizing company has read the contract thoroughly. Therefore, the presence of brown M&Ms is a sufficient enough reason for them to cancel the concert.

8.) Many famous musicians pass in their 20s but four of the most famous ones passed at 27: Kurt Cobain, Janis Joplin, Jimi Hendrix and Jim Morrison. 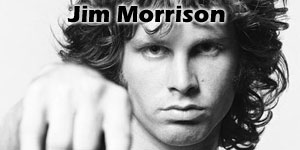 9.) When former Metallica member, bassist Jason Newsted first joined the band, the band members pulled the worst pranks on him and they also thrashed hotel rooms, leaving Jason to deal with the bills and circumstances.

11.) A DJ once announced that rock band Extreme‘s hit More than Words was actually written by the singer and the lead guitarist for each other.

12.) MTV loves playing cheesy love songs on Valentine’s Day but it always diversifies by also playing Ugly Kid Joe‘s hit from 1992, “Everything About You”. The song talks about how much the narrator (singer) hates pretty much anything and everything about the girl in question, including the weather, beach, her family and more. The lyrics also mention the singer having slept with her sister and her mother. 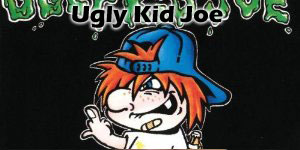 13.) Bon Jovi‘s 5th studio album These Days was a controversial hit when it first came out. The album’s tone is a lot more rebellious and pessimistic than the band’s typical glam and upbeat style. When the album first came out in 1995, readers of the popular rock and metal magazine Kerrang!’s were divided into two as These Days was simultaneously selected as the best and the worst album of the year.

15.) British singer and humanitarian Bob Geldof and INXS singer, Australian Michael Hutchence detested each other as Bob Geldof’s wife British TV personality Paula Yates had an affair with Hutchence. She later got divorced but she didn’t live long after Hutchence’s passing.