Just like art, the meaning of a song should, for the most part, be left to each individual. Often times, however, songs seem to have such special meaning that we are left no choice but to inquire as to the author’s inspiration. Here’s a short list of songs from Pearl Jam, Eric Clapton, and Poison with a little bit about their history.

MTV Video Hit, Pearl Jam song Jeremy was released in 1991, featured in the grunge band’s debut album Ten. The lyrics belong to singer Eddie Vedder and the music was composed by the band’s bass guitarist Jeff Ament. The song was inspired by a true event and a memory of Vedder’s from his teen years.

The true event is that a real high school student named Jeremy offed himself in front of his classmates in January, 1991. The memory is of a Vedder’s school mate from fifth grade class room, though he didn’t off himself or others. Sample lyrics: 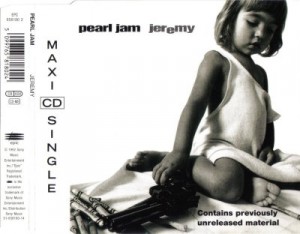 Tears in heaven – Eric Clapton- wrote the song with Will Jennings, in order to overcome the grief over his 4 year-old-son Connor. Connor fell from the window of the 53-story building he was staying with his mother in New York in 1991. Tears in Heaven remains one of Clapton’s most famous songs as it reached number 2 Billboard Hot 100 singles chart (US).
The song is featured in the album Rush (the soundtrack album for the movie called Rush starring Jason Patrick and Jennifer Jason Leigh) and also Eric Clapton’s Unplugged album. The song went on to receive 3 Grammy Awards in 1993: Male Pop Vocal Performance, Song of the Year and Record of the Year. Sample lyrics: 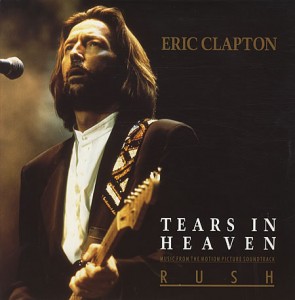 The song was featured in the album Pilgrim. The song reached the top 40 and won a Grammy award for Best Male Pop Vocal Performance. The song is inspired by the fact that Clapton never met his father, who died in 1985. It also refers to the brief life of Clapton’s son Conor. Eric Clapton stopped playing both My Father’s Eyes and Tears in Heaven in 2004, as he felt he got over the loss of his son. Sample lyrics:

All three of the Poison songs mentioned below are featured in the band’s Best of Album and their stories were penned by the band’s front man Bret Michaels, included in the CD booklet.
Life Goes On
Life goes on was released as the 4th single from the American glam/hard rock band Poison’s Flesh & Blood album (1990). The song was written about after guitarist C.C. DeVille’s girlfriend’s life ended in a bar fight. Sample lyrics: 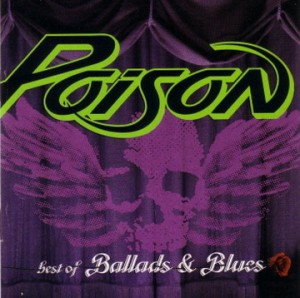 Something to Believe In
Something to Believe In is also from the Poison album Flesh & Blood, also written about the death of someone a band member knew. This song was written for a security guard who was the band’s singer Bret Michaels’ best friend, James Kimo Maano. The song had substantial success at the charts as it reached #4 in the US Billboard Hot 100 and #5 on the Mainstream rock charts. It also managed to make it to numbers 35 and 44 (on the UK and Australian charts, respectively). The single’s cover features Bret Michaels’ arm, appropriately tattooed “Something to Believe In” .

Every Rose Has Its Thorn

Every Rose Has Its Thorn is an acoustic ballad featured in Poison’s 1988 album Open Up And Say… Ahh! This song in their second album is Poison’s most successful and popular song to date as it also happens to be the band’s first (and one and only) number-one hit in the U.S. It also reached number 13 in the UK. While the song’s video and lyrics suggest a romantic tone, unlike popular belief the “rose” doesn’t represent a girl and the “thorn” does not represent a glitch in their romance. To the contrary, the thorn is an ex-girlfriend of Michaels and the rose is the band’s blossoming career. At the time Brett created the song, his girlfriend had dumped him for another musician who had more money and drove a better car. While that musician remained an unknown, however, Poison went on to become one of the most popular American glam-rock bands. The band is still active today. Sample lyrics: