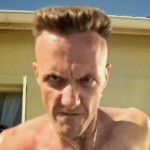 In the last week or so, music blogs — at least those that weren’t deleted by Google for posting copyrighted content — have exploded over “zef” , an energetic hybrid of rave and hip-hip with a self-consciously white trash aesthetic (the word itself refers to the South African redneck subculture) typified by bands such as Cape Town collective Die Antwoord.

The music of Die Antwoord, fronted by tattooed MC Ninja and diminutive blonde Yo-Landi Vi$$er and featuring giant DJ Hi-Tek and Progeria survivor Leon Bartha, fuses Ninja’s heavily-accented rhymes with bleepy electronic choruses sung by Vi$$er, a real-life equivalent to Gorillaz’ Noodle. Both musically and visually, they could be compared to a less obnoxious brokeNCYDE, minus the scene hair and the terrifying screams. However, it has emerged that the quartet’s similarities to America’s most hated crunk-core outfit may not end there — brokeNCYDE have long been suspected of being an elaborate joke (as in literally, not just ‘oh man, those guys are a joke’) and it has been revealed that Die Antwoord is in fact the latest project of comedian/performance artist Watkin Tudor Jones, aka Ninja. 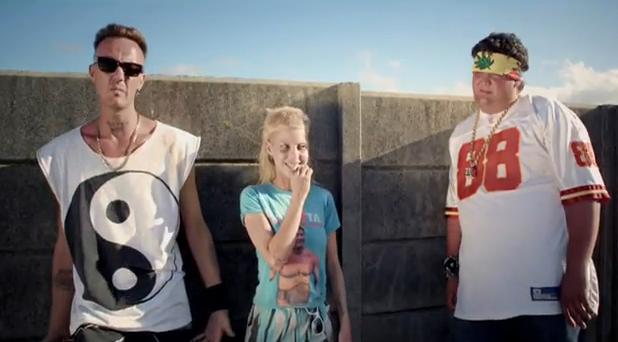 It could be argued that there were clues in the group’s YouTube videos (Ninja’s extensive collection of prison-style ink, his insistence at the beginning of the “Zef Side” video that he’s “got some serious, like, gangsta skill, you know”, and the same video’s gratuitous shots of his junk swinging freely about inside a pair of “Dark Side Of The Moon” boxer shorts), and even in the band’s slogan (“Taking Over The Interweb”). Still the Die Antwoord bandwagon continued to gather momentum, gaining praise from music blogs such as Pitchfork and musicians including Limp Bizkit’s Fred Durst. The band’s web site, Myspace profile and YouTube presence also pointed to an extensive online fan base.

But the internet world’s sleuthing uncovered footage of Jones in his previous life as a member of Max Normal TV, a comedy hip-hop duo of which Vi$$er was the other half, and he was revealed as a conceptual artist of some experience, as well has being a veteran of South Africa’s hip-hop scene since his involvement in the 90s crew Original Evergreen. Much like brokeNCYDE, the aim of his latest project appears to be satirising middle-class teenagers and their attempts to be “street” ; eagle-eyed bloggers have pointed out that “Die Antwoord” is an anagram for “Ad Owned Trio” .

Not that the outing of Die Antwoord as a piece of performance art has dented the public’s appetite for their music, with the aforementioned blogs in agreement that the group’s rap-rave hybrid is just as enjoyable as a piece of performance art. And, historically, haven’t musicians from David Bowie to Andrew WK immersed themselves in various personae to explore different facets of their personalities? Explains Jones, their exaggerated zef schtick is simply a means to express his inner mullet-sporting, Cortina-driving suburbanite: ‘I’m just engaging my inner zef, which everybody has. It’s not a persona, it’s an extension of myself, an exaggerated version of myself.’ The zef culture itself is undoubtedly real — check out the long-running blog, “watkykjy.co.za” – meaning “What are you looking at?” – for evidence.

Regarding the group’s future, he has told South Africa’s Times newspaper that promotions giant Live Nation has displayed interest in signing them, as have EMI Worldwide and Interscope Universal. After all, it’s not the first time an act has made a career of satirizing a genre or subculture (witness France’s incredibly popular parody rappers Fatal Bazooka_, and at the end of the day Die Antwoord’s music is just as fun even if its members are not entirely what they seemed. And that’s really what’s important, isn’t it?