From 2Pac to Carly Simon, the history of popular music is filled with songs targeting other musicians, exes, record companies and anyone else who fails to share the songwriter’s point of view. Obviously, there are thousands of songs and there isn’t enough space to cover them all. We simply picked the top ten of the best.

With sole writing credits for the second single his mega-successful “Justified” album, “Cry Me A River” proved that the former *NSYNC pretty boy could do thinly-veiled contempt as well as any more “serious” musician. The song, written about ex-girlfriend Britney Spears’ infidelity during their relationship, came with a video depicting Timberlake’s revenge upon a Britney lookalike (by filming himself making out with another girl and leaving the tape in her VCR); Spears was not amused, considering that prior to its release she’d received a telephone call from Timberlake stating that he wanted to rekindle their relationship and that he had included her in his new video, but not to worry about it because it was “no big deal.”

One of the most famous songs of the 1990s, Morissette’s tirade against a former lover was the musical equivalent to a cathartic scream and opened the floodgates for the mid-90s influx of women with guitars who considered Top 40 radio the most appropriate venue to get in touch with their innermost feelings. The identity of the man in question remains the subject of much speculation, with most listeners agreeing on former “Full House” star Dave Coulier as the most likely candidate (others included “Friends” star Matt LeBlanc and Coulier’s co-star Bob Saget, who denied ever having a relationship with Morissette).

When is a diss not a diss? Lynyrd Skynyrd’s classic-rock radio staple was written in response to the Neil Young songs “Southern Man” and “Alabama” , whose lyrics described racial tension in the southern states of the US. While the relations between the two were widely believed to be frosty at best, the two were in fact on good terms and members of Skynyrd sporting a Neil Young t-shirt on stage, and Crazy Horse’s Billy Talbot returning the love with a Skynyrd one. All together now, awww. 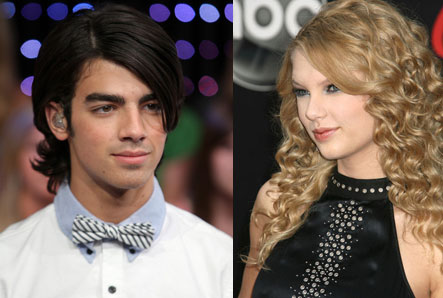 Like Justin Timberlake before him, middle Jonas brother Joe was revealed as an unexpected master of the lyrical diss with this album track from the Disney stars’ fourth album. Supposedly written about Joe’s ex-girlfriend, “Teardrops On My Guitar” singer Taylor Swift — a lady with her own habit of writing unflattering songs about her exes “Much Better” contains the lyric “Now I’m done with superstars/ And all the tears on her guitar/ I’m not bitter.’ Sure you’re not.

New York rappers Roxanne Shante and The Real Roxanne engaged in an insult-trading war over a cancelled appearance by hip-hop outfit U.T.F.O. The first Roxanne song, “Roxanne, Roxanne” , was recorded by Shante to get back at U.T.F.O. for pulling out of the show; U.T.F.O.’s answer record featured The Real Roxanne and prompted numerous responses by Shante and other MCs, with at least 30 “Roxanne records” being released before the war subsided and both Roxannes adopted different stage names.

The original wavy-haired blonde country-rock pinup, Ms Nicks brought the crazy just as well as her 2010 Grammys duet partner Taylor Swift. “Silver Springs” , left off the legendary “Rumours” album and largely forgotten until its majestic rebirth on 1997’s live album “The Dance” , is a desperate plea by the spurned Nicks to her former lover and Mac frontman Lindsey Buckingham; with its closing refrain of “I’ll follow you down ’til the sound of my voice will haunt you, you’ll never get away from the sound of the woman that loved you” it’s not so much a diss as a friendly reminder that dating Stevie may not be the best idea.

Former Creedence Clearwater Revival frontman Fogerty’s 1985 album “Centrefield” contained two songs aimed at Fantasy Records boss Saul Zaentz, whose company was embroiled in a lawsuit with Fogerty over Fogerty’s alleged plagiarism of his CCR song “Run Through The Jungle” for “Centrefield” ‘s single “The Old Man Down The Road” . Featuring the lyric “Zanz can’t dance but he’ll steal your money’ and likening Zanz to a pig, “Zanz Kant Danz” was eventually rewritten following legal action to change the protagonist’s surname to Vanz, but Fogerty had the last laugh on the plagiarism issue, being found not liable and re-signing with Fantasy after Zaentz sold his stake.

The B-side to 2Pac’s 1996 single “How Do U Want It” found the rapper claiming to have had relations with Biggie’s wife Faith Evans and that he and Sean “Puffy” Combs had prior knowledge of the 1994 incident in which 2Pac was robbed and shot in New York City. The song also made light of Mobb Deep member Prodigy’s sickle-cell anaemia and was widely believed to have escalated the East Coast/West Coast rivalry that eventually led to the murders of both 2Pac and B.I.G in the ensuing nine months.

Subject: Believed to be Warren Beatty or Mick Jagger

The ultimate lyrical kiss-off, Simon’s best-known song prompted a worldwide guessing frenzy as to the identity of its self-absorbed male character which continues to this day. In 2003, NBC executive Dick Ebersol bid $500,000 to have Simon whisper to him the name of the man in question, and with Simon’s permission released the statement that the name contained the letter “E” . Simon previously stated that the name contained the letter “A” and later added “R” to the list, ruling out popular guesses Cat Stevens and Kris Kristofferson, but the subject’s name remains unconfirmed.