Who would have thought bad singing could get you killed?

Apparently, in the Philippines, it can: according to the New York Times, at least six karaoke singers in the past ten years have been slain during renditions of Frank Sinatra’s 1969 classic “My Way”.

Exactly why that song in particular provokes such a violent reaction is not known. It has been suggested that the song’s Paul Anka-written lyric is perceived as excessively arrogant by the working-class patrons of the country’s many karaoke bars. Another theory is that the violence which leads to the killings stems from breaches of karaoke etiquette, such as insulting someone’s performance, and these are statistically more likely to occur during “My Way” simply because of its immense popularity with karaoke singers. 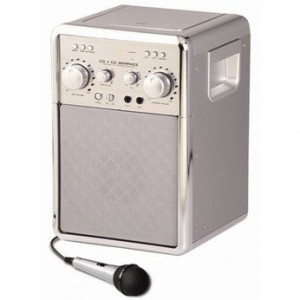 A third theory is that the song itself carries some bizarre curse that strikes down anyone who dares to attempt it (seriously, this is just begging to be made into a movie). This has prompted many karaoke bar owners to remove it from their song lists and most aspiring Sinatras to stay the hell away from it even if it is still on the list, for fear of becoming a part of the phenomenon, dubbed the “My Way Killings” by Filipino police.

Violence at karaoke bars has become increasingly prevalent; in 2008, a 23-year-old Malaysian man was killed after hogging the microphone at a karaoke bar and an unsatisfactory version of John Denver’s “Take Me Home Country Roads” prompted a murderous rampage by a Thai man, claiming the lives of eight neighbors including his own brother-in-law. It has also been reported that the majority of the “My Way” deaths have resulted from the song being sung out of tune.

The Filipino population is known for being passionate about singing, and with the country’s current state of political unrest, with government corruption rife and employment scarce, the escape offered by karaoke is more prized than ever and emotions run high among its participants. Whether or not we’ll see any more people killed for singing “My Way” their way is uncertain (and there’s a bad Sid Vicious-related joke in here somewhere, I know) but one thing’s clear — if you plan to visit a karaoke bar in the Philippines and do just that, you’d better be very, very good.