Here is the group that started it all. Or, rather, a rebooted version of the group that started it all, after the mysterious disappearance of the original. Jon and Tracy Morter are fed up with the possibility of ANOTHER X-Factor Christmas No.1, and they plan to do something about it! Namely, spearheading a viral marketing campaign to replace this year’s winner of the British talent show with – what else Killing In The Name by Rage Against the Machine.

You’ve probably received the group invites on Facebook. Or perhaps the last couple of weeks have seen your News Feed littered with email to join the group RAGE AGAINST THE MACHINE FOR CHRISTMAS NO.1. Mine certainly has been. At first, I thought it was one of the silliest things I’d ever heard. But seeing all these usually sensible adults signing up to what looked like a pointless teenage prank made me wonder whether there was, in fact, more to it. So I decided to investigate. 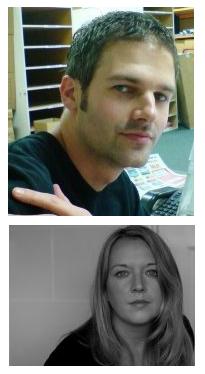 Jon and Tracy’s Facebook profiles show them to be a young and very attractive married couple who are fans of such things as Freddo Frogs, Olivia Newton-John and not getting mauled by bears. Righto then. The group information states that it was previously the Ultimate Rickroll group, which as the name suggests was created this time last year to propel Rick Astley’s Never Gonna Give You Up to the coveted Christmas #1 position [according to Wikipedia, it didn’t even make the Top Ten].

So, it could be said that they’re old hands at this sort of thing. But the real question is, why? What sort of person is so opposed to something so seemingly innocuous as the X-Factor winner’s single attaining the top spot in the Christmas chart [which it has done since 2005], that they are compelled to make such a large-scale attempt at preventing it?

Obviously, the lure of lasting notoriety as the founders of the campaign radio interviews? Chat shows? Perhaps even their own Wikipedia entries! is strong for the Morters. But why RATM, in particular? The Facebook group doesn’t explain. According to one article in the Daily Mail , it’s because they would love to see a Christmas number one containing the word f***. OK. And, I have to admit, it’s a good song. There were few songs more suitable for performing the late 90s bend-over dance to as an angsty teenager, and there are few songs more fun to play on Guitar Hero as a responsible adult. Not that I’m a huge RATM fan; I bought the album and it literally made me fall asleep. But I digress.

My research led me to the debate between NME writers Tim Chester and Luke Lewis, in which Chester is in favor of the campaign and Lewis resoundingly against it . One of the points raised by Lewis is that the song is seventeen years old, which indicates that there is no more recent track to represent the values of the campaigners [he points out that the lyrics relate specifically to racism in the United States, rather than merely conveying a vaguely anti-establishment message]. To which Chester responds that the song chosen had to be a unifying anthem, underpinned by massive guitars and easily co-opted lyrics.

What I was really wondering was, given that all this effort is being made to hijack the British Christmas #1 position, wouldn’t it make sense to have, you know, a British song? As Lewis points out, Zach de la Rocha possibly wouldn’t be particularly thrilled to know that his anti-racism message was being used to fuel a petulant marketing exercise aimed at people who actually care enough about The X-Factor to make an effort to screw it over. So, what about a unifying British anthem with massive guitars? Hello? Song? If that’s not a unifying anthem, I don’t know what is. It may still be twelve years old, but I’m guessing it’s far more ingrained into the cultural consciousness than Killing In The Name.