The 757s are a four-piece from Minneapolis, MN, who have played alongside Grant Hart and whose members have served time in such late-80s/early-90s Twin Cities outfits as Bellwether, Tangletown, Mosquito Ranch and Hart’s post-Husker Du melodic rockers Nova Mob. All of which made me (a rabid fan of Husker Du and the indefinable but undeniable Minneapolis “feel” exhibited by those gentlemen and contemporaries such as the Replacements and Soul Asylum) very excited to review their sophomore album, “Freeway Surrender” (Automatic).

It doesn’t disappoint. “Freeway Surrender” is a 32-minute, 16-second blast of shambling guitar rock which conjures up images of dive bars, blinking neon signs, twenty-something romance and flannelette. And it’s great. Things start off with “Amateur”, whose repeated alright, alright, alright refrain could have earned it a place on the Singles soundtrack had it been written 18 years earlier.

Shirley MacLaine finds frontman Paul Pirner [let’s get this out of the way now – yes, he is related to Soul Asylum’s Dave Pirner. They’re brothers] nailing a giant chorus, which could have been written by Grant Hart himself, to the story of a girl, a dreamer for the modern age, who dreams of dancing on the tables and swinging from chandeliers while she’s stuck at her office job rolling her eyes at callers. Hart’s influence on his contemporaries is sometimes in evidence here; in particular, echoes of his songwriting with Husker Du, by and large gentler and less nervy than Bob Mould’s, appear in the bouncy guitars, shouted backing vocals and slacker despair of tracks such as “Top Of The World” (whose opening chords also bring to mind Juliana Hatfield’s excellent “Everybody Loves Me But You”).

If Amateur could easily have featured on the Singles soundtrack, “Always On The Outside” would be its theme song, trumping even its actual theme song, head Replacement Paul Westerberg’s Dyslexic Heart with its sugar-sweet guitar line, call-and-response vocals and disaffected lyrics Take back your shimmering debris, I’ve got no need for your impossibility. I liked you better when you were always on the outside.

There are other, slightly more left-field influences at work; Teenage Logic grafts Pirner’s resigned howl to a stomping glam-rock backing which at first listen is reminiscent of Government Issue’s Melancholy Miss, with the addition of a wheezing organ line. And Stagnation’s keyboard break sounds like it could very well be the introduction to Fire and Rain.

In Narcissism, Pirner recounts stories of high-school jocks and the girls who love them, from the perspective of a sardonic bystander (your narcissism is only mediocre). The album closes with “The Blind Will Lead The Naked”, whose reverb and sparkling guitar flourishes are less barroom and more early-period REM. 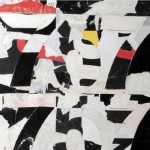 Overall, the album is very similar in style to the 757s 2007 debut, “Tell The Pilgrims It’s A Potluck” (Automatic). So the band may not have taken any great leaps forward stylistically, but when you have a winning formula, why not stick to it? “Freeway Surrender” is a great experience, not only for fans of the original Minneapolis sound but for fans of more recent artists (The Hold Steady, The Gaslight Anthem) who proudly display its influence.