Famous Canadian rocker Bryan Adams has been active since the early 80s, having released a total of 10 studio albums so far. But then there are the compilation albums, his soundtrack contributions as well as the hit duets he performed with some of the most famous singers of his generation and beyond.

This article covers 3 collaborations, from 1985 to 1996, featuring Tina Turner, Sting and Rod Stewart, and Barbra Streisand. 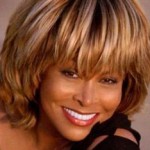 Performed by rockers Bryan Adams and Tina Turner, It’s Only Love is a fast rock song with catchy riffs and romantic lyrics. The song was co-written and co-produced by Adams.
The song’s video is a Tina Turner concert moment where she calls Bryan Adams to stage and he arrives, playing his guitar with a big smile on his face.

Chart-wise, it is not Bryan’s or Tina’s most successful song, although the song reached as high as number 7 in the US mainstream rock charts. However Bryan Adams considers this to be his most important duet, as he was a big fan of Tina’s. Despite having released his fourth album Reckless at the time, Tina Turner had been singing and making records since the late 50s. During the duet, Adams was 24 and Tina was 46.

Bryan Adams with Sting & Rod Stewart – All for Love

This 1993 song was written for the action/adventure movie The Three Musketeers starring Kiefer Sutherland, Charlie Sheen, Oliver Platt (as the three musketeers) and Chris O’Donnell (as the latest edition to the team). The movie tells the story of D’Artagnan, joining Porthos, Athos and Aramis and their efforts to prevent Cardinal’s evil plans on the kingdom.

As appropriate for the name and the theme of the movie, the song was performed by three successful pop/rockers Bryan Adams, Rod Stewart and Sting. The song was written by Bryan Adams and two other musketeers (Mutt Lange and Michael Kamen).
The song reached number 1 in Australia, Austria, Canada, Denmark, Italy, Germany, Japan, Norway, Switzerland, Sweden and US. It reached number 2 in the UK.

Bryan Adams with Barbra Streisand – I Finally Found Someone

I Finally Found Someone is the signature soundtrack song from the movie The Mirror Has Two Faces starring Barbara Streisand, Jeff Bridges and Pierce Brosnan. It is a romantic comedy/drama from 1996, directed by Barbara Streisand.

It tells the story of Professor Gregory Larkin (Jeff Bridges). Larkin who is fed up with the emotional traumas and demands of young and pretty women so he writes a personals’ ad where he wants a pure, intellectual relationship with a woman he won’t be attracted to. Smart, fun and articulate Rose (Barbara Streisand), also a professor, doesn’t pay much attention to her looks. So her sister applies to Gregory’s ad for her. At first it is fun, but later Rose becomes frustrated at the lack of sexuality in the relationship and decides to undergo a makeover to shock him. 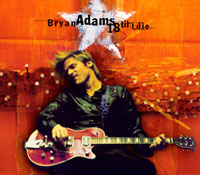 The song is featured on Bryan Adams’ 18 Till I Die album as well as the movie soundtrack. The song video is plain and sweet with Bryan and Barbara singing together while we get glimpses of some of the scenes from the movie. The song was written by Barbra Streisand, Bryan Adams, Adams’s frequent collaborator Robert John “Mutt” Lange and Marvin Hamlisch.
The name and lyrics of the song describe the movie’s love story perfectly as Bryan and Barbara describe how they finally found the one to share everything with. The song was a huge success at the charts.