This is a trivia for the English DJ, musician and record producer Fatboy Slim, who rocked the world with songs like “Weapon of Choice”, “Praise You”, “Push The Tempo”, and “Funk Soul Brother”.

1. He was born in 1963 in Kent, under the name Quentin Leo Cook. He uses the name Norman Cook when he doesn’t go by the stage name Fatboy Slim.

3. He started DJing in his teens.

4. In high school, he played the drums in a rock band called Disque Attack. After the singer left the band, he performed the lead vocals as well.

6. In 1985, the bassist of his friend’s band quit, he joined them. The band was The Housemartins and they released a couple of hits during Slim’s presence. The band broke up in 1988.

7. He is associated with several bands (including Beats International, Freak Power, The Mighty Dub Katz) and stage name “The Pizzaman”.

8. As the Pizzaman, he released the album Pizzamania in 1995. The album was a minor hit, sending three songs to top 40.

9. He can play the guitar, keyboards, bass guitar and drums.

10. His hit song “The Rockafeller Skank” (from the 1998 album You’ve Come a Long Way, Baby) was featured in the 1999 teen romantic comedy She’s All That. The album also features the songs “Gangster Trippin”, “Praise You”, and “Right Here, Right Now”.

11. The cover of the album features a fat boy wearing a T-shirt that says “I’m Number 1, so why try harder” — one of the most famous slogans in the advertising history. Car-rental company Avis came up with the slogan and a campaign that backed the slogan up. It talked about why working with the second best company was a better option for the customer. (Un)fortunately , this slogan made them number 1 , and eventually worked against them. 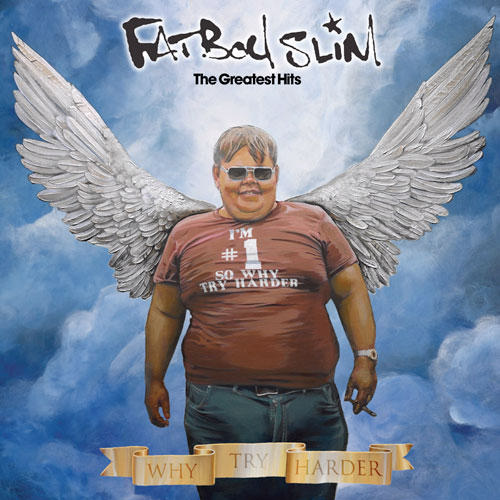 12. His song’s vocals and music usually involve electronic samples. His derived inspiration can sometimes cause legal trouble, as it did with one of his “Freak Power” songs.

13. His 2000 single “Weapon of Choice” gained huge popularity, both for the song and the video. The video for the song Weapon of Choice features actor Christopher Walken (who won Best Supporting Actor Oscar for his role in the movie The Deer Hunter in 1978) dancing. His fun and energetic dancing is the whole focus of the video. He was 57 at the time and choreographed his own moves, which won him an MTV Music Award. The song won several other MTV Music Awards, as well as a Grammy for Best Short Form Video. The video was directed by the famous writer/director Spike Jonze whose music videos include Sabotage from The Beastie Boys, R.E.M. Crush with Eyeliner and Bork’s It’s in Our Hands. He also directed the movie credits Adaptation, starring Nicolas Cage and Meryl Streep.

14. His songs are mainly in the electronic dance genre.

15. Cook released several studio albums as a solo act under the name of Fatboy Slim. His latest, Was Here Lies Love, released in 2010. His collaborator on the album was the Scottish musician David Byrne. The album isn’t as successful as Slim’s previous ones.