Buffy The Vampire Slayer was a hugely popular mystery/horror/drama TV series that went on for 7 seasons (1997-2003) and went on for an extra 8th season as animated series. Buffy, with title character Buffy played by Sarah Michelle Gellar, begins with the story of a vampire (and any other evil supernatural creature) slayer in high school. Along with the help of her Watcher, disguised as the school librarian, and her school mates, she constantly saves her town from evil creatures. 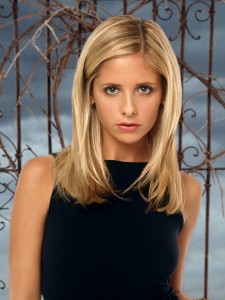 Of course things get complicated when she falls for a vampire named Angel (David Boreanaz) that doesn’t hurt people (any more). He helps her and her crew keep saving their town, especially from the vicious vampire Spike (James Marsters),that owes his creation to Angel’s former evil self. When Angel becomes one of the most sought-after characters of the show, producers give him his own show, making the sarcastic Spike a main character.

In the episode Once More With Feeling (season 6, episode 7), the supernatural villain has a weird effect on town as he causes people to dance and sing. Almost the entire episode is a musical, with both the leading and guest characters acting as if they are in a musical number. Spike and Buffy have songs they sing with others, as well as duets they perform together.

However James Marsters is not a stranger to singing. He fronted a rock band called Ghost of the Robot and had sell- out tours. The group broke up after 2 years and James continued as a solo performer. Marsters trained at Julliard, as well as the American Conservatory Theatre.

Johnny Depp and the Cast, Sweeney Todd: The Demon Barber of Fleet Street 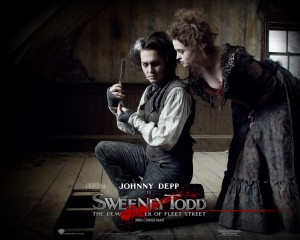 The movie won Oscar in Best Art Direction and Johnny Depp received a nomination for Best Actor, although the film didn’t receive an Oscar nomination in a music-related category. Depp won Golden Globe for Best Actor in a musical or comedy. Depp also won the best villain at the MTV music awards.

In 2009, the movie was nominated for Grammy in the category for Best Compilation Soundtrack Album for Motion Picture, Television or Other Visual Media. 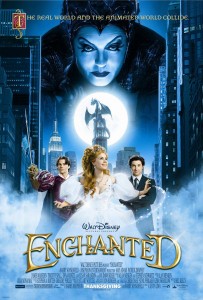 The movie received 3 Oscar nominations, all for the same category: Best Achievement in Music Written for Motion Pictures, Original Song. All 3 songs were songs were written by Alan Menken and Stephen Schwartz.

One of these songs (So Close) was performed by American pop/rock singer Jon McLaughlin, and the other two (Happy Working Song, That’s How You Know) were performed by the leading actress Amy Adams.