I’ve got 2 large boxes completely full of old cassette tapes (remember those?) in my closet. There are probably over 400 tapes sitting there, degrading, losing their magnetic information, slowly dissolving into silence, or perhaps more correctly, white noise.

Will I ever listen to any of these again? Probably not. Heck, I don’t even own a tape player. Even if I did want to listen to any of them one day, I’m sure I’d be considerably disappointed in the sound quality (if there was any music still on them at all), after having been spoiled with CD’s for so long.

I have no idea why I still keep them. Perhaps it’s one part nostalgia mixed with one part being a bit of a pack rat and one part denial. Or maybe it’s just the fond memories of seeing cassettes completely unraveled on the side of the road – their former owners apparently hanging them out the window to see how far they would stretch behind the car. 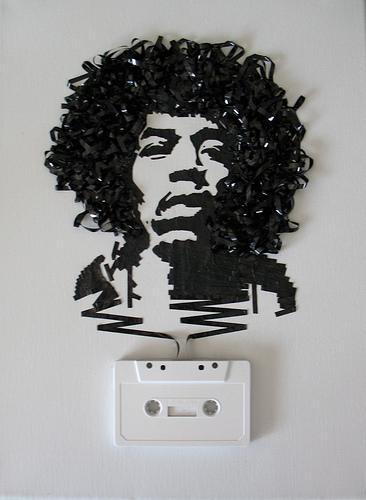 Well, artist Erika Iris Simmons has definitely done something useful with her tapes.

She is an artist who specializes in using non-traditional media such as old books, audio cassettes, playing cards, magazines, credit cards, basically whatever he can find. She says:

It feels great to work with strange, older materials. Things that have a mind of their own. Most everything I use has been thrown away or donated at some point. Past its prime, like some of the finest things in the world.

What she’s created with some old cassette tapes and reel tapes is simply remarkable. Using these old tapes, she has turned them into works of art in a series that she calls “Ghost in the Machine.” The series portrays celebrities and musicians such as Marilyn Monroe, Bob Dylan, Robert DiNero, Jimi Hendrix, Ian Curtis, and Jim Morrison. 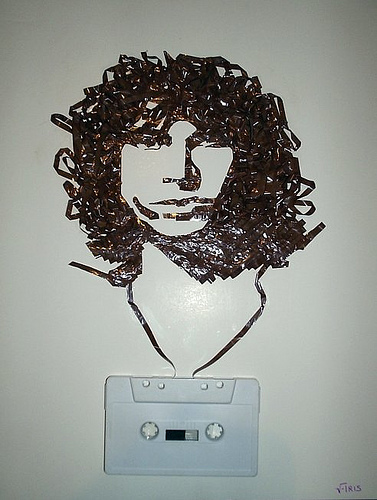 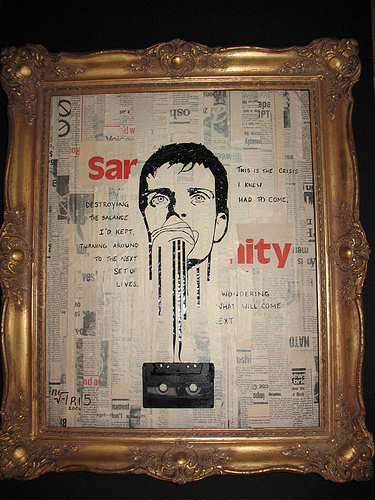 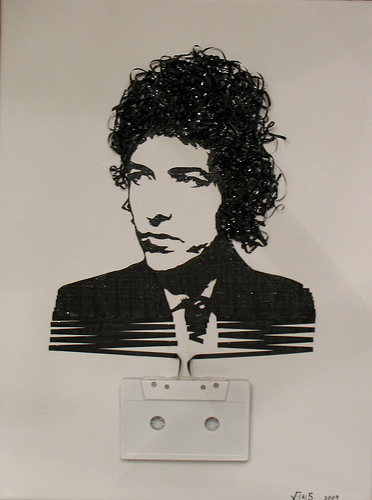 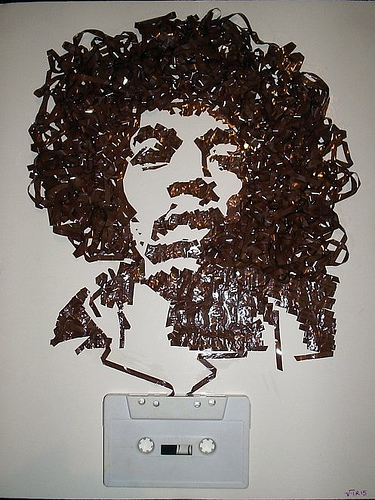 Incredible, aren’t they? You can find more of her work on flicker. You should also take a look at the really creative Bose Singer ads.