There’s a very primal urge surrounding the whole concept of shedding your clothes, a return to basics you could say. An act of liberation, shedding off all those layers of obedience and morality that society imposes, or maybe you just want attention, it could be any of these, but no matter what the purpose, whatever your statement behind the whole thing may have been, it guarantees attention.

Erykah Badu’s latest guerrilla video “Window Seat”, which came out a late March, immediately prompted outrage over the singers insistence to walk, jog and strip off to her bare essentials in full view of the public, fortunate enough to stroll through Dealy Plaza at that time. Erykah having been born in Dallas chose a good spot to send her message out, since by the end of the video she is shot and killed by an unknown assailant, a few feet away from the very place President JFK was shot in 1963.

The video doesn’t end there however, lying naked on the ground her blood spells out “Groupthink” (though in some versions I seriously can’t tell what’s written) with her voice over declaring –

“They play it safe. Are quick to assassinate what they do not understand. They move in packs, ingesting more and more fear with every act of hate on one another. They feel most comfortable in groups, less guilt to swallow. They are us. This is what we have become. Afraid to respect the individual. A single person within a circumstance can move one to change, to love our self, to evolve”

Contrasted with the lyrics of the song, where she sings about letting go of all the hassles of life, and asks for a Window seat, maybe to look back on her life. The song is more of a plea for liberation, and a sense that she’s going to die anyway. This lends some artistic integrity to the song, and Erykah’s soulful vibe and her grounding in the 60’s-70’s spirit over her 13 year long career, made her fans respect this little outburst. But when Erykah recounts that passerby’s told her to cover up and were yelling at her telling her to be “ashamed” and her fervent prayers that little kids nearby weren’t traumatized, the whole episode comes out pretty shoddily prepared.

It’s not the way in which the video is shot that’s shoddy, but the lack of foresight or maybe a strong presence of it. Some critics have pointed out that in a flailing career Erykah’s move, has brought her strong media and public attention. Her Twitter following has doubled and her album, New Amerykah Part 2 picked up in sales almost immediately. But there was no level ground, only a smug wink-wink patched with a disgusted sneer or sheer respect pored on her for flaunting an impressively well maintained body, combined with love for the female form.

Erykah’s purpose seems a little muddled now, Groupspeak is deafening, but turning it up without silencing it, doesn’t make the masses more aware. Surprisingly, she wasn’t the first person to come up with the attention grabbing concept. Erykah herself acknowledged her source of inspiration to be indie group Matt and Kim, who tried out the same stunt at New York’s Time Square last year, with their video for “Lessons Learned” and possibly many such attempts over the past few years. Though Erykah upped the ante’ before anyone else. 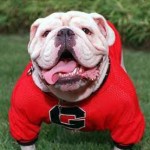 Your birthday suit is guaranteed to gather eyeballs if you care to put it on display. Exhibitionist have been streaking as a form of public protest, drunken stupidity or just plain mischievous purposes from sports fields to college campuses. The University of Georgia seems to be a haven for people who love to shed their clothes in public.

Naturally, if we’re talking about exhibitionists the world of music can’t be left behind. Public nudity in music videos was an exercise before Erykah or Matt and Kim, both being beat to it by Blink 182 when they were showcasing their junk, for “What’s My Age Again” and even before then, Alanis Morisette showed the world how grateful she was for India, when she stood nekkid in the middle of a road, the subway and a super-mart for the video of “Thank You” .

Madonna made the first actual headlines however, when the world collectively gasped for her video “Erotica”. The 5 minute video had scenes featuring a very nude Madonna being refused a ride back home, or wherever she wanted to go. The video coincidentally, (as in deliberately) timed exactly with the release of her book, titled. . . what else? Sex.

So why the big fuss over Erykah’s move? Was it because she was the first black person to do it? Maybe, but the fact that she went nekkid in real time, lends her more authenticity than the other acts. Blink 182 wore socks (flesh colored socks though, if it helps), Matt and Kim are hard pressed to explain why the internet could not come up with a single uncensored video of theirs. Added to the video’s surreal nature and the surprise ending, many people believe that a great deal of it was staged, including being arrested by the police, whom they resist in the video.

Past music videos featuring nudity take great pains to avoid offending pedestrians directly. Alanis’s video shoot had an entire city block closed off to traffic, and covered her breasts ala’ Brooke Shields. (Though I doubt anybody in the video cared, they all just wanted to pat her on the back anyway). Rihanna’s video Rockstar 101 has her covered with only a few carefully placed chains, and a paper thin attitude (and a paper Slash).

Eager to take up a cause, the Indie scene with the blessings of Pitchfork is letting it all hang out, have been shot and distributed, depending on their assured viral nature to get the job done. San Francisco’s Girls “Lust for Life” , which went for a more political message and Yeasayers almost dreamlike “Ambling Alp” , weren’t picked up by the mainstream media but they got a lot of attention nonetheless.

I guess the only thing left now, is a video with graphic scenes in a public park with Lady Gaga and an army of her clones. Throw in a phone for good measure. Or did they already shoot that?