At the Golden Globes 2011, host Ricky Gervais made a joke at the expense of the movie The Tourist and Cher. The Tourist is a romantic adventure / comedy starring Angelina Jolie and Johnny Depp. And while it was a very entertaining film, it was hardly award material.

Gervais joked that the movie and its actors were only nominated because the makers had bribed Hollywood Foreign Press with Cher concert tickets. But he added that it couldn’t really be a bribe since it wasn’t 1975 anymore.

While Gervais had a point about The Tourist’s award-worthiness and Cher’s relevance as a singer, Cher didn’t exactly fall off the earth after the 70s. In fact, she recorded many hit songs. But what is interesting about Cher is that there are huge gaps between her hit songs, as well as extreme differences in the genre. 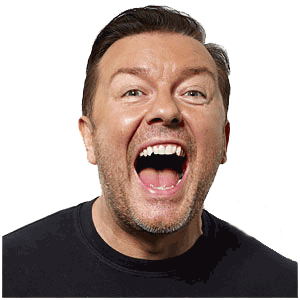 When people first paid any real attention to Cher, she was the part of the duo Sonny and Cher. She was married to singer/song-writer/producer Sonny Bono and despite Sono’s attempts to promote Cher as a solo artist; people had just loved them as a couple. Despite your age, I’m guessing you heard the duo’s romantic song I Got You Babe, which was a number 1 hit. The wardrobe was flower power all the way while the music was soft and classic pop music. This was 1965.
Cher’s marriage with Sonny came to end in 1975. In 1979, after a couple of unsuccessful solo albums, Cher had released another hit record. However this time, her genre of choice was disco.

In 1980, Cher formed a rock band called Black Rose with guitarist Les Dudek, who she was also dating at the time. The duo broke-up a year later, but Cher’s rock phase wasn’t over. Even though her solo rock album wasn’t a success, she had made a UK Top 5 hit with rocker Meat Loaf for one of his albums. When Cher’s own albums weren’t selling, she got busy with her film career. 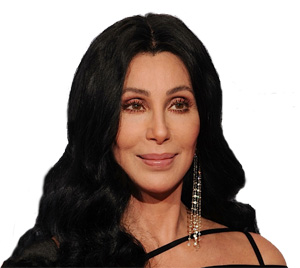 Cher’s rock phase lasted a while. She managed to become a popular rock singer and worked with producer/songwriter Desmond Child and his pals Jon Bon Jovi and Richie Sambora. Cher didn’t neglect to date Bon Jovi guitarist Richie Sambora either.

In the mid 90s, she produced a couple of more hits and appeared in successful movies. But as a singer, she didn’t have an earth-shattering chart success until the release of her album Believe (1998). It was her 23rd album and this time, the album genres were late 90s’ pop/disco/dance and house. Her following album was also successful, though it wasn’t the smash hit Believe was.
And despite the farewell tour she had from 2002 to 2005, she signed on to perform many shows and released compilation albums.

Of course she was always busy acting and the reason she was mentioned at the Golden Globes was that she was also one of the nominees. In 2010, she starred in the musical drama romance Burlesque, along with fellow singer Christina Aquilera. The movie won Golden Globe in the category Best Original Song for the track “You Haven’t Seen the Last of Me” . The song was written by Diane Warren and performed by Cher.

Burlesque’s soundtrack was only one of the compilation albums Cher released after the Farewell Tour. However Cher sings only two of the songs and Christina performs the remaining 8 of the pop and R&B. tracks.
So despite Ricky’s joke, Cher has kept her relevancy- either through acting or performing, and sometimes through both. Like it or not, she doesn’t seem willing to retire, and she was born in 1946.