Colors have always been meticulously studied by psychologists, including various effects of colors on people. These studies are widely taken advantage of by designers and marketing experts (for obvious reasons). But colors also have individual meanings in the English language and musicians use colors and what they represented (to them) to write catchy songs, most of which have stood the test of time.

Below are different songs featuring colors as the subject. The dates, genres, artists, meanings and paces of the songs vary.

Soft rocker Chris de Burgh (whose actual name is Christopher John Davison) released the album Into the Night in 1986. Into the Night was the artist’s 8th studio album. It saw number 1 in Ireland, number 2 in Germany and UK; and number 25 in the US charts. 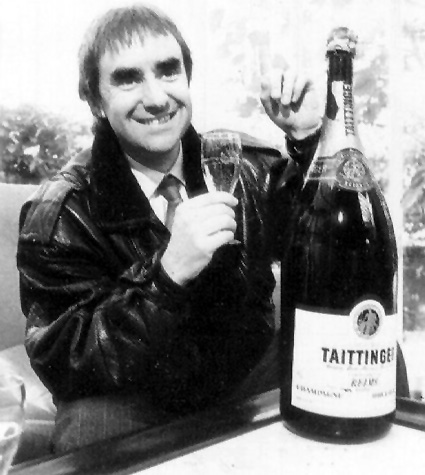 Lady in Red is both the album’s and the artist’s biggest hit. Despite the aggressive or sexy meaning the color red is generally associated with, Lady in Red is a soft, romantic song. It describes the singer’s love for the lady wearing the red dress (and looking absolutely gorgeous).
The song was written by Chris de Burgh (born in Argentina with a British Nationality). Burgh continued to release many other successful albums but Lady in Red remains Chris’s most remembered song:

I Saw Red by Warrant

I Saw Red is the third track on the most popular Warrant album Cherry Pie. A little like Lady in Red, I Saw Red is on the softer rock side (although a little less soft than de Burgh’s song). However Warrant’s red song is not exactly romantic as it describes the storyteller walking in on his girlfriend when she was with another guy. The red in this song represents heartbreak, anger, disappointment and loss of love.
The song was typically written by singer Jani Lane

Cause I saw red when I opened up the door
I saw red, my heart just spilled onto the floor
And I didn’t need to see his face
Oh, I saw yours
I saw red and then I closed the door
And I don’t think I’m gonna love you anymore

Of all the colors used in rock songs, Pink just might be the most upbeat and positive song of all. The video mainly consists of Aerosmith members and some other people, wearing some weird clothes and make-up. Pink is used in almost all the lines of the song and it represents a lot of things including passion, obsession, favorite color and lipstick color. But keep in mind that even when singer Steven Tyler is talking about pink as a color, he is always prepping the listener for a sexual undertone.

Pink was featured on the album Nine Lives (1997). The song, co-written by Steven Tyler, was a success at rock charts. Nine Lives is a more modern rock album, as opposed to the band’s former glam and hard rock styles.