Just when you thought that botching the National anthem was a new low for Christina Aguilera, she goes and gets arrested with boyfriend Matthew Rutler. He was busted for a DUI and she was taken for public intoxication (although she will not be prosecuted). 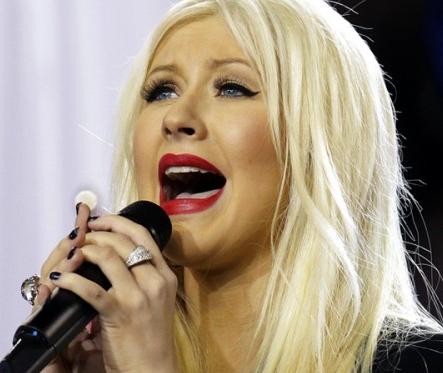 According to a highly-credible source (TMZ.com), Christina Aguilera was booked with a stature of 5’2″ and weight of 100 pounds. I never realized she’s that tiny. With that weight, it wouldn’t take much to get intoxicated.

I hope she takes cues from celebrity winners and stops this downward spiral: