Lost in America, co-written by Alice Cooper, is a fast rock number featured on the 1994 album The Last Temptation. Alice Cooper’s Lost in America is a highly entertaining satire of The US’s not so impressive rate of gun-use at schools, divorce and unemployment rates, materialism and well, the not so well-structured public transportation systems.

Then there is his family situation. His parents are separated, his dad has already remarried and his mom is looking to replace his dad while he just wants his parents to get back together.

Later he gets back to his problems with the job search. He can’t find a job because he hasn’t gone to school. And he can’t go to school because he needs to own a gun to survive. But guess what? He can’t buy a gun because he doesn’t have a job. This time, he is on the lookout for a girlfriend with a job and a gun.

Alice didn’t really have unemployment issues, but as any musician he had a hard time getting a record deal for his then band. So he camped outside the house of musician/producer Frank Zappa, playing with his band and threatening Zappa that they would keep playing until they got a record deal. They did. 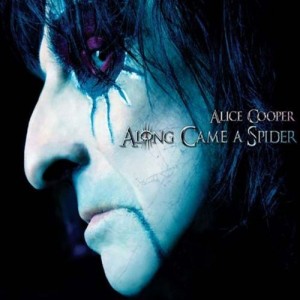