Even though MC Hammer was widely successful and being able to buy a mansion with a total price tag of $20 million, he was forced into bankruptcy back in 1996. Due to the nature of his once household name, decrease of popularity, songs’ funny lyrics, exaggerated outfits/pants, fallout from the music industry, and unsuccessful genre attempts such as gospel, Mc Hammer is now more of comedic icon of early rap music.

This hit rap song from 1990 was co-written by Mc Hammer (born Stanley Kirk Burrell). The album reached number 1 at the US Billboard 200 charts, where it stayed for more than 20 weeks. At the end of the year, the album was at number 9. The album has sold over 18 million copies and it continues to sell even today.
This song is all about how the singer gets off on his own music and dancing. He also challenges everyone else to resist the song and not dance — as he is sure no one can be able to resist the beat. He even claims you can lose weight dancing to it. In his defense, I think he is right. This song is incredibly catchy and it’s still so much fun listening to all these years later. And I am not even a fan of the genre.

Sample Lyrics from Can’t Touch This: 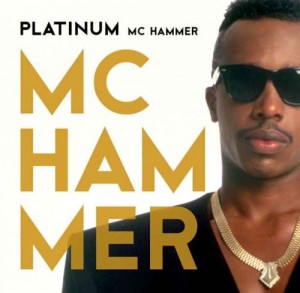