They come, they leave their mark, they go, they are remembered.

Most musicians try to “stand on the shoulders of giants” by learning and studying the work of the greats. Many of my favorite musicians are still alive, but many are long gone. Here is a list of some of those greats who we lost in 2008. 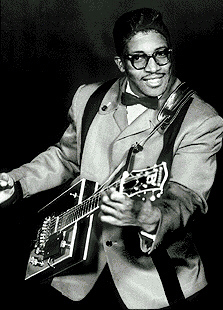 After beginning his career as a boxer, where he received the nickname “Bo Diddley”, the singer worked the blues clubs of Chicago with a repertoire influenced by Louis Jordan, John Lee Hooker and Muddy Waters. In late 1954, he teamed up with Billy Boy Arnold and recorded demos of “I’m A Man” and “Bo Diddley”. Re-recorded at Chess Studios, the a-side, “Bo Diddley”, became an R&B hit in 1955.

Before long, Diddley’s distorted, amplified, custom-made guitar, with its rectangular shape and pumping rhythm style became a familiar, much-imitated trademark. His classic version of “Who Do You Love” became a staple cover for a new generation of US acts ranging from Quicksilver Messenger Service to the Doors, Tom Rush and Bob Seger, while the UK’s Juicy Lucy took the song into the UK Top 20.

This man has his own rhythm – what else can we say? 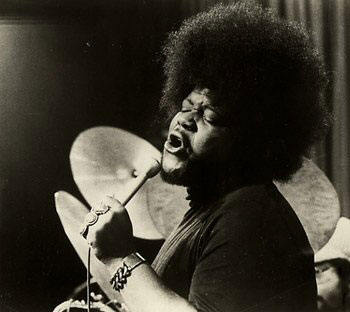 I listened to my tape (yes, tape) of Jimi Hendrix’s Band of Gypsys so much that I completely wore it out. Buddy Miles was the solid drum foundation for this 70’s band. Of course he was also a fantastic songwriter (He wrote “Them Changes”) and wrote for Jimi and his own bands.

Despite enjoying a seemingly lower profile during the 80s, Miles was the guiding musical force behind the successful California Raisins, a cartoon band inspired by television advertising. In the mid-90s Miles reappeared with an accomplished album on Rykodisc Records that included his interpretations of “All Along The Watchtower” and “Born Under A Bad Sign”.

Buddy Miles was born in 1947 at Omaha, Nebraska and was given the nickname “Buddy” by his aunt after the drummer Buddy Rich, another incredible drummer. 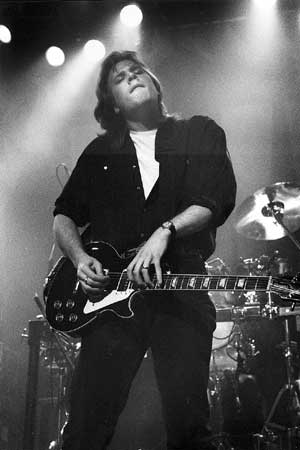 Jeff (first name was actually Norman) Healey was one of Canada’s premier blues and jazz musicians who is perhaps best known for his 1988 album See The Light, which included the hit single Angel Eyes. He’s had a string of subsequent hits ever since he hit the stage.

Healey lost his vision as a baby to a rare form of retinal cancer and he battled the disease throughout this life. As a toddler, he picked up a guitar and, setting it on his knees, developing an unmistakable sound and playing style.

The Jeff Healey Band was a sellout act across Canada and sold over a million albums in the U.S. market. During the course of his musical career, he shared the stage with such music titans as Stevie Ray Vaughan, George Harrison and B.B. King.

His later albums were a major departure from his huge blues voice and he released some truly fantastic jazz, especially from the golden years of the genre in the 1920’s and 1930’s. He died just before his last album (“Mess of Blues”) was released

Al Wilson was born June 19, 1939, in Meridian, Miss., and by the time he was 12, he had his own spiritual singing quartet. In 1966, singer Johnny Rivers signed him to his Soul City label – That event marked a change in Wilson’s fortunes, mainly because rock and pop had finally embraced the soul sound.

Wilson had several hits with Soul City, beginning with The Snake and including La La Peace Song and I’ve Got a Feeling. With 1979’s Count the Days, Wilson scored his final chart hit, and he spent the next two decades touring clubs and lounges.

In March 2007 many of his original master tapes were lost to a fire that swept through his home garage he had converted into a recording studio. 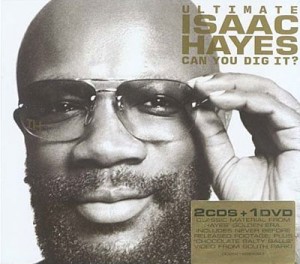 Isaac was Born in 1942 in Memphis, Tennessee. Ooh, man – I loved Isaac Hayes – music really wouldn’t be the same if he hadn’t strolled onto the scene. Many people know him as the voice of Chef from South park, but it was his absolutely bad*ss songs like “Shaft” that really make him unique.

He was quite prolific – a pop musician, film scoring professional and actor. In 1992, in recognition of his humanitarian work, he was crowned an honorary king of Ghana’s Ada district. Hayes also acted in motion pictures and television

James Harrell McGriff was born on April 3, 1936, in Philadelphia, Pennsylvania, the birthplace of many of jazz’s greatest organists. He started playing piano at the age of five and by his teens, was also playing alto sax and upright bass.

As music kept drawing McGriff’s attention away from his career in the police force, he became entranced by the organ sound while Richard “Groove” Holmes played at his sister’s wedding.

Jimmy actively performed at clubs and concert halls worldwide. He settled in Newark, New Jersey, and eventually opened his own supper club, the Golden Slipper – where he recorded BLACK PEARL and a live album with Junior Parker in 1971. He also performed regularly with Buddy Rich’s band.

McGriff “retired” from the music industry in 1972 to start a horse farm in Connecticut. But Sonny Lester’s new record company, Groove Merchant, kept issuing McGriff records at a rate of three or four a year. By 1973, McGriff was back – touring relentlessly and actively recording again. Around this time, disco was gaining a hold in jazz music and McGriff’s flexibility proved infallible.

He produced some of his best music during this period: STUMP JUICE (1975), RED BEANS (1976) and OUTSIDE LOOKING IN (1978). These records, issued in some form or another on CD, still stand out today as excellent documents of McGriff’s organic prowess.

Too much of the talk about Hammond B-3 great Jimmy McGriff centers on what kind of player he is. Jazz? Blues? Gospel? R&B? This just shows how has managed over four decades to appeal to an absolutely diverse audience of listeners.

Jimmy was of the all-time best of the organ groovers. 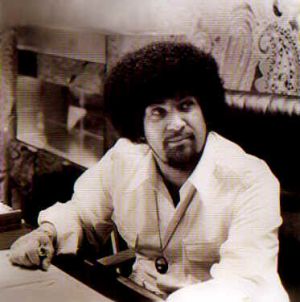 Like Isaac Hayes, Norman Whitfield was one of the Motown pioneers of epic soul.

The reclusive genius of psychedelic soul was born in Harlem in 1943. A junior figure at Hitsville, hungry for his big break, he hung around the studio watching more established producers such as Holland-Dozier-Holland at work. After writing hits for Marvin Gaye, the Marvelettes and the Velvelettes, he wrested creative control of the Temptations from Smokey Robinson in 1966 with the success of Ain’t Too Proud to Beg.

Whitfield’s big chance came when Holland-Dozier-Holland stormed out of Motown in early 1968 in a row over profit-sharing. Inspired by Sly and the Family Stone’s wild arrangements, he wrote the hard-driving, socially aware Cloud Nine with lyricist Barrett Strong for the Temptations – it changed Motown overnight. Suddenly, topical comment and audacious psychedelic arrangements were on the agenda. Ball of Confusion, Papa Was a Rollin’ Stone, War and Smilin’ Faces Sometimes all smouldered with tension and paranoia befitting the era of Vietnam, Nixon and the Black Panthers.

Success eventually corrupted the once-shy outsider. A demanding egotist in the studio, he worked the Temptations into the ground. On the cover of their last album together, 1973’s Masterpiece, his own picture loomed larger than the band’s.

Whitfield’s motives will always be a bit unclear – was he really passionate about social change or just a canny hitmaker who sensed the mood of the times and catered to it? Either way, he changed the landscape of soul. Thanks to him, songs could pass the 10-minute mark, use every studio trick available and speak to the concerns of a tougher, angrier black America.

The critic Greil Marcus remembers friends who pulled their cars over the first time they heard Papa Was a Rollin’ Stone and sat “waiting, shivering, as the song crept out of the box and filled up the night”.

Joe was born in Born 1945 and a resident of Kingston, Jamaica. Gibbs was a Kingston icon (and former TV repairman!). Gibbs was in some way responsible for just about every piece of music that came out of Jamaica in the 60’s and 70’s, either through financial backing, pressing records, production, management or just a solid determination to make sure the world knew about reggae, dub, rocksteady, dancehall and ska.

The 1977 Culture album Two Sevens Clash is probably Gibbs’ most internationally acclaimed production, with a major impact on the punk rock band The Clash. 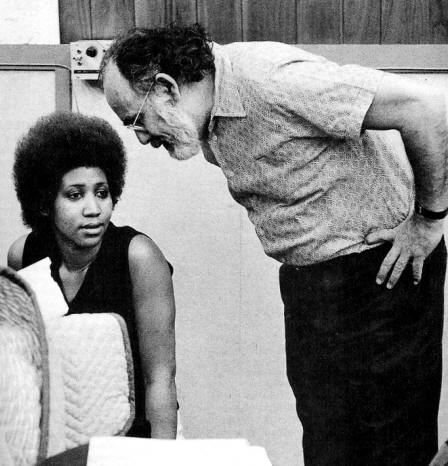 Imagine what popular music would sound like today without Jerry Wexler, who was born 1917 in the Bronx. Aretha Franklin would have never returned to her gospel roots, Ray Charles would have continued imitating Charles Brown and Nat Cole, Stax would have been a tiny, insignificant regional record label, and denatured white covers of R&B songs would dominate the charts. In fact, the music we know today as rhythm and blues would still be called “race music.” Wexler having coined the term “R&B” while working at Billboard in 1949.

Wexler spent his early years at Atlantic helping the label’s artists create the very ethos of rock’n’roll: the songs they produced celebrated rocking, rolling, shaking, rattling, feeling good, feeling bad, looking good, and, always, romance . At the same time, Wexler laid down the template for recording R&B singles he is credited as the first producer to record the rhythm section separately. 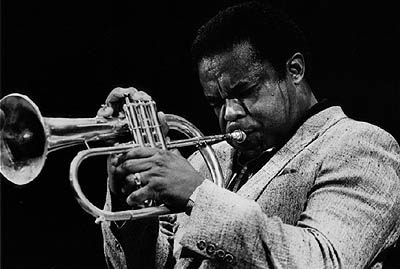 Freddie Hubbard was born in 1938 in Indianapolis, Indiana. He was one of the the baddest jazz trumpet players around. He was known primarily for playing in the bebop, hard bop and post bop styles from the early 60s and on, and his unmistakable and influential tone contributed to new perspectives for modern jazz and bebop.

Freddie Hubbard was an exuberant jazz trumpeter who in his heyday worked with Art Blakey, Ornette Coleman and John Coltrane.

“I used to try and play like Miles, and Miles caught me copying him one night at Birdland. He said, ‘Hey man, why don’t you play some of your own stuff?’ So, I finally did, because I had already copied all his solos.”

Levi, who was born in 1936 in Detroit, Michigan was thrust into fame as a vocalist for the Four Tops.

Unlike many singing groups of its era (i.e. the the Temptations), the Four Tops maintained its original lineup for more than 40 years. Stubbs finally retired from the road in 2000 because of his faltering health, but he appeared with the group one last time at an anniversary show in 2004.

The Tops had dozens of hits, including “Baby I Need Your Loving”, “I Can’t Help Myself (Sugar Pie Honey Bunch)”, “Reach Out I’ll Be There”, and “Ain’t No Woman (Like the One I’ve Got)”.

And of course, Stubbs was mentioned in a classic Billy Bragg song.

Born 1924 in New Orleans, Earl Palmer helped define the New Orleans feel in the 50’s and 60’s with his solid yet groovin’ drumming style.

Boundless energy is a prime requirement for a drummer, but few have possessed the drive of Earl Palmer. His monster beats redefined New Orleans music beginning in the mid-1950’s. His pounding percussion is strongly featured on such rock’n’ roll classics as Fats Domino’s “I’m Walkin'”, Little Richard’s “Long Tall Sally”, Eddie Cochran’s “Somethin’ Else” and Ritchie Valens’ “La Bamba”. He could play in a variety of styles and for 10 years his work was rarely off the charts. Little Richard described him as “a wonderful man and the greatest session drummer of all time.”

Earl was one of the first people to use the term “Funky” to describe the feel that he was looking for from other musicians.

Of course many, many greats passed away this year, but these are simply a lit of a few that I will particularly miss. Let us know if we’ve missed anyone that you feel affected you in a profound way.