This week, the gossip blog world has been ablaze with the story of Maryland teenagers Alexandra King and Charlotte Armstrong, who showed up at the home of All Time Low singer Alex Gaskarth after allegedly purchasing the address, and interrupted what could best be described as a very private moment between Gaskarth and his girlfriend by banging on the door and demanding pictures.

According to a Tumblr containing the pictures King obtained and her hyperactive account of the events, she and Armstrong [along with King’s two younger sisters Hope and Maddi] had arrived more than an hour earlier and waited outside the house when nobody answered the door upon their arrival. Gaskarth subsequently arrived, after being collected from the airport by girlfriend Lisa Ruocco. When their observations through the windows made it clear that Gaskarth and Ruocco planned to make up for lost time, the girls flipped their lids and as you do in these situations – jumped into some bushes outside the house. Unfortunately, the hints at Gaskarths plans for the evening were lost on Hope and Maddi, who knocked on the door to be greeted by the house’s very frustrated occupants; as King ecstatically writes, he had a boner. I’m assuming it was from Lisa, but hey a girl can dream (: 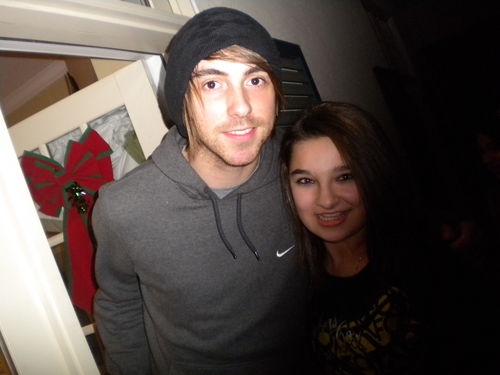 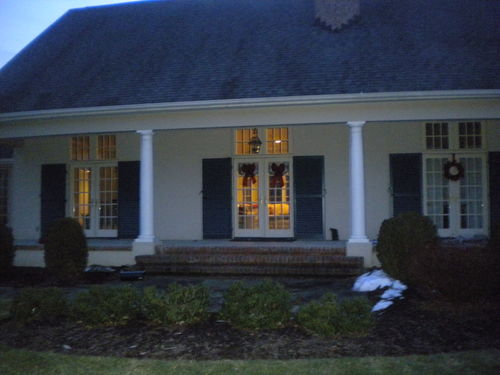 And how, you might ask, did they know hed be home? Well, as King writes, [all] his twitters and sh*t said that he was coming home today but didn’t say when. And, when her idol failed to show, King checked Twitter [in between taking photographs of his house and dogs] and found that Ruocco said something like: going to pick up the boy from the airport.

A salvo of huffy 140-character-or-less outbursts from Gaskarth followed, all of which have since been deleted (the last one being Brb, building a castle wall and moat outside my house. Archers will fire at anyone who doesn’t know the password. Goodnight.), prompting a series of emotional responses from King, now also deleted [im sorry. i think i might go die now.] And I know my opinion on how some musicians use Twitter may not be the most popular one, but if this isn’t a sign that they sometimes need to pause just for a second before pressing update, what is? 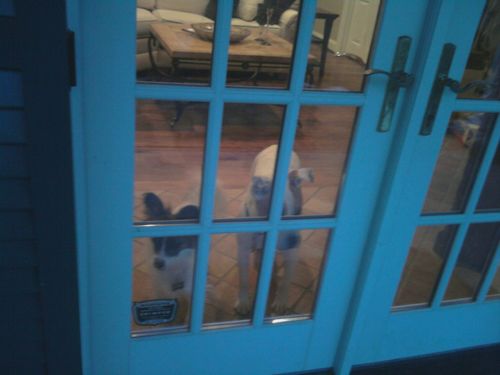 As I write this, Gaskarth’s status as the teen idol of choice for girls who find the Jonas Brothers a little too mainstream has earned him 140,124 followers. Ruocco’s Twitter is protected, but she has accumulated 10,526; as far as I know she’s not a celebrity in her own right, so I’d hazard a guess that this figure could be attributed to her relationship with Gaskarth. I’m sure most of these followers are perfectly sane, but with the advent of social networking sites and the unprecedented access they provide to celebrities comes a dramatically increased risk of their actions and whereabouts being monitored by people whose ability to distinguish between devotedand crazy might be ever so slightly lacking.

It must be said, I’m all for celebrities tweeting about their personal lives or experiences, providing they don’t do it ad nauseam [and, OK, I tweet about ridiculous things too, but as mine’s neither public nor affiliated with my full name I only have to worry about boring 40 people with my opinion of pad thai and Offspring videos, as opposed to 40,000]. But when they put personal information out there, does it make them in any way responsible for any situations such as this that may arise? 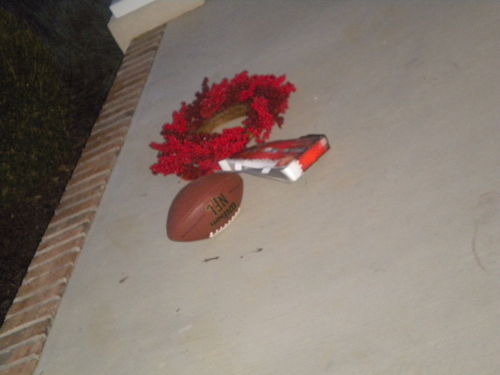 Of course, as far as I can gather Ruocco’s tweet only mentioned collecting Gaskarth from the airport, and I’m guessing Gaskarth himself wouldn’t have been so kind as to provide his address when he announced that he was returning home. But the King incident shows that with the right amount of research, the details can be filled in and these things can happen.

In this case, the blame can be pretty evenly distributed among King and her friends, the person who sold them Gaskarth’s address and King’s mother, who drove them to the house [seriously, what?], and in an ideal world people should be able to tweet whatever they damn well please without having to be concerned for their safety. I know celebrities won’t ever stop tweeting about their whereabouts, but hopefully this whole thing will inspire Gaskarth, and anyone else who’s ever been stalked, to remember that although the majority of their followers may be totally awesome people, there are always going to be some who use their access to someone’s life for a more sinister purpose.

Quite what the solution is, I don’t know the moat sounds like a pretty good option. Or perhaps simply being a little less specific when sharing personal information, because even though no-one likes having to censor themselves, it’s a small price to pay to prevent incidents like this one.

Oh, and Alex? If you’re reading this, I saw the pictures, and I think it’s time to take your Christmas decorations down.