In the first “controversial moments” post of 3, we take a look at ten of music’s most controversial onstage moments of the last 20 years – from Kanye’s mic-jacking to Donita Sparks’ er, inventive response to a hostile Reading Festival crowd – plus five classic pre-1980 shockers that just never get old. 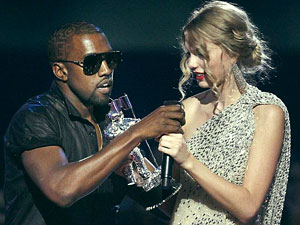 It was the VMA stage invasion that launched a thousand bad jokes. West, in the verbal equivalent of one of his all-caps blog rants, hijacked the microphone from 2009 Video Of The Year winner Swift to declare that, in his opinion, Beyonce’s “Single Ladies” was one of the best videos of all time. Of all time. 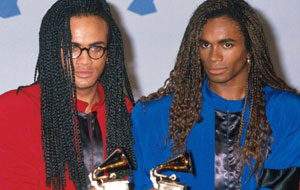 The dreadlocked German dance-pop duo enjoyed a dream run of hit singles in the late 80s and early 90s’s until a malfunctioning backing tape prompted a tidal wave of lip-synching allegations, which were eventually confirmed by manager Frank Farian. Their 1990 Best New Artist Grammy was subsequently revoked. 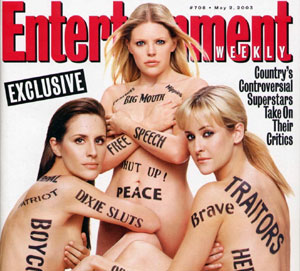 Onstage in London ten days before the invasion of Iraq, head Dixie Chick Natalie Maines proclaimed her opposition to the war and her embarrassment that then-US president George Bush hailed from the band’s home state of Texas. Subsequent single “Not Ready To Make Nice” was released in response to threats made by former fans following the statement. 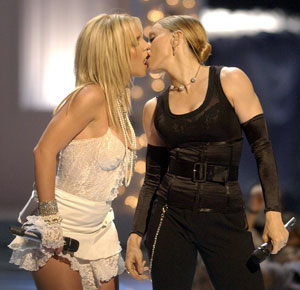 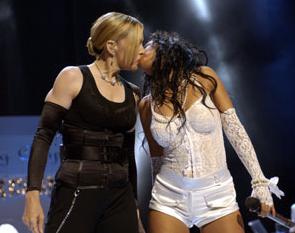 Two of the decade’s most prominent pretenders to the Madonna throne, Spears and Aguilera joined Her Madgesty onstage at the VMAs to perform two songs, culminating in a kiss between Madonna (dressed as a groom) and each of the younger singers, portraying her brides. 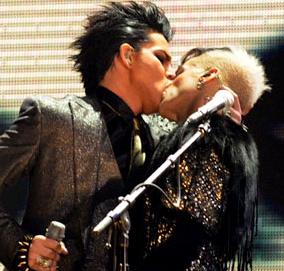 Openly gay “American Idol” alum Lambert scandalised AMA audiences when he kissed a male keyboardist during a performance of his song “For Your Entertainment” in a bid to promote freedom of expression. The ceremony’s broadcaster, ABC, received over 1,500 complaints, with the kiss polarising opinion among viewers and fans. 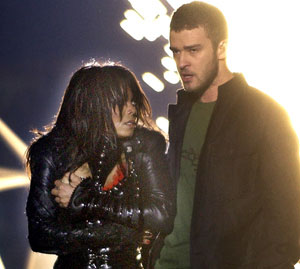 In the most famous Superbowl half-time performance to date, Justin Timberlake, who was supposed to pull away the front of duet partner Jackson’s shirt to reveal a lacy undergarment, pulled a little too enthusiastically, exposing her right breast. The incident brought the term “wardrobe malfunction” , used by Timberlake in his public apology, into the national consciousness.

When Jackson performed his single “Earth Song” at the Brit Awards dressed as a Christ-like figure and surrounded by children, Pulp frontman Cocker rushed the stage and wiggled his bottom, fortunately with trousers intact — in Jackson’s direction. Cocker later explained that he was protesting Jackson’s portrayal as a deity, citing that rock stars’ egos were big enough already. 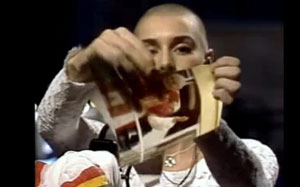 Whilst performing a cover of Bob Marley’s “War” on “Saturday Night Live” , its lyrics changed to reflect an anti-Catholic Church stance, O’Connor held up a photograph of Pope John Paul II whilst singing the word “evil” and subsequently proceeded to tear it up, urging the audience to “fight the real enemy” . The sequence has been removed from repeats of the episode.

The second ill-advised revival of the legendary festival following 1994’s “Mudstock” , the 1999 edition featured predominantly hard rock bands such as Korn, Limp Bizkit and the Red Hot Chili Peppers and quickly degenerated into a violent free-for-all, with bonfires, looting, allegations of rape and a general mood of hatred completely contradictory to the peace-and-love message of the original. 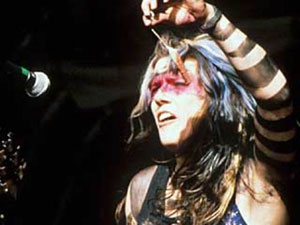 When members of the crowd started throwing mud during L7’s Reading Festival performance, singer Donita Sparks responded by removing her tampon and flinging it into the crowd, in what has become one of the grunge era’s best-remembered onstage moments.

Ozzy Osbourne bites the head off a bat

Jim Morrison lets the Lizard King out to play