In the Real Frank Zappa Book (which by the way is the best book on the planet to have in your bathroom), Frank says that when Chastity Bono complained to her dad Sonny about her name, he reminded her: “Be thankful that we didn’t name you Dweezil!”. 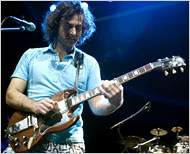 Dweezil Zappa is the son of Frank and Gail Zappa, but his sister Moon Unit was the one who was voted the most bizarrely named celebrity offspring off all time in a poll for Sky TV in 2004.

Of course the competition for strangest baby name is quite fierce. Moon Unit had to compete with names like Fifi Trixibelle, the daughter of Bob Geldof and the late Paula Yates.

Some studies undertaken by psychologists suggest that people who have striking, or weird names, considered odd by those around them (oh, REALLY?), can experience great difficulties in their normal social relationships.

As my wife and I are having another baby girl soon, we’ve been giving a lot of thought to baby names. I thought it fitting to look through some baby names from musicians and have dug up some pretty crazy ones. Somehow I doubt we’ll be using any of these names, but here’s the list I came up with: 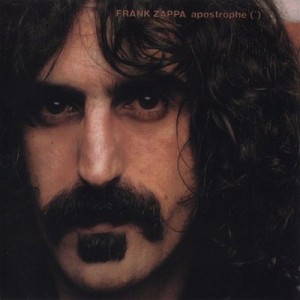 In the spirit of full disclosure, Dweezil Zappa’s name on his birth certificate is actually Ian Donald Calvin Euclid. They wanted to name him Dweezil, but the hospital refused to allow it. They used Dweezil anyway, and later in life Dweezil insisted on continnuing to use his original name as his parents intended.

Of course, Chris Martin, the singer for Coldplay doesn’t seem to think these names are much of a big deal. Here’s another awesome list (UPDATE: URL no longer valid) (though not musicians names) of really crazy names.

Tell you what, if you have any great ideas for Girl’s names, post them below!

*UPDATE* MY wife just read this post, had a good laugh, but then said…”hey, I really like Tallulah!”. Uh oh….