Granted, this happened almost a year ago, but I dug up this article and thought it was so funny I had to post it. This is a story that could almost have come right out of The Onion.

It appears as though at a Karaoke bar in Seattle on a Thursday just past 1AM someone decided to sing the Coldplay song “Yellow”. The man got up on stage, and started belting out his impersonation of Chris Martin, and a woman yelled “Oh No, not THAT song. I can’t stand that song!”

Well, I guess things took a turn for the worse and things got violent. Police reported that she jumped the Karaoke-er, swearing at him & yelling about how much the song sucked. She started pushing him, and even punching him, hoping to stop torturing her with Coldplay.

It took 4 (!) other people to hold her down – one bartender and 3 patrons. They dragged her outside the bar and she went beserk. She started swinging at everyone around her and punched one person in the face a couple of times. Someone called 911, and an off-duty police officer showed up.

Patrol officers and the Gang unit had to block the entire street off – which of course only infuriated the woman even more … she head-butted one of the officers several times before they were able to throw the cuffs on her. 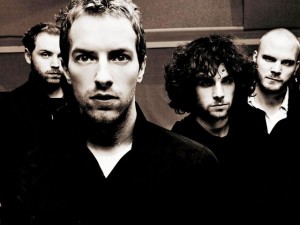 The woman was a bit beat up, and one officer ended up in the hospital. Think about that next time you feel like singing some Coldplay.

According to the night bartender’s notes, she had just one drink — a single shot of Jaegermeister. That stuff makes me crazy too.