Associate Professor Martin Jarvis at the Charles Darwin University claims that he has found strong evidence that the wife of Bach actually wrote many of his music pieces.

Professor Jarvis from Australia has undergone forensic training from police investigators and has applied this knowledge in an investigation of the manuscripts from Bach’s archive of his famous music.

Jarvis, who is also conductor of the Darwin Orchestra said

I don’t doubt at least that the Cello Suites are not written by Johan Sebastian.

The professor first became suspicious about the composer’s music when he attended the Royal Academy of Music in London. He was convinced that there was something wrong when he was playing Bach’s Cello Suites, and finally deconstructed the Suites to come up with 18 reasons why they were not written by Bach.

It doesn’t sound musically mature. It sounds like an exercise, and you have to work incredibly hard to make it sound like a piece of music.

Over the course of his research, he found two 1713 manuscripts in Anna Magdalena’s handwriting. This is significant because this is seven years before the two had ever met.

This research lead to Jarvis acquiring an actual Bach manuscript. By using the forensic analysis that he had learned from the police training, he found the imprint of an inscription “Ecrite par Madam Bachen” on the manuscript’s cover, which means “written by Madam Bachen”

“So you bring all these bits together and there seems to be overwhelming evidence that she was involved,” Jarvis said. 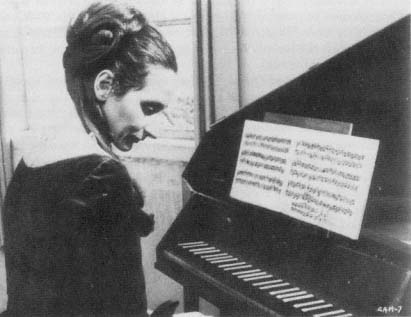 We have lots of other examples in music history of women getting married and then publishing the music under their husband’s name. We don’t know, for example, in this great Mozart year, we don’t know how gifted Mozart’s sister was, Nannerl. Was she also a composer?”

Martin Jarvis accepts there may be some hostility to his research that casts doubt on one of the world’s most famous musicians. But he says he’s determined to continue his work and set the record straight.