In March of 1967, Jimi Hendrix went up on stage at London’s Finsbury Astoria and gave an electrifying performance – it built up to a frenzied dramatic ending, when he doused his guitar in lighter fluid and burned it.

Hendrix had to be rushed to hospital with minor burns to his hands after the stunt, and the guitar, slightly damaged along the neck and pickboard, was recovered by his staff.

After this concert, it was taken by his press officer, Tony Garland, to his parent’s home and threw it in the garage… where it remained for over 40 years until Garland’s nephew found it.  It was once thought to be lost forever, now one of Jimi’s favorite guitars sees the light of day again. Here’s a video showing the recovered guitar.

… but of course historic value is trumped by cash value in the eyes of the owner and it’ s being auctioned off by the Fame Bureau in London on September 4. Other lots include The Doors frontman Jim Morrison’s last notebook of poems.

“When Hendrix set this guitar alight it marked a watershed in live performance,” said Ted Owen, director of acquisitions at the auction house.

“He raised the bar of what could be expected and paved the way for a series of imitations and pastiche that exist to this day.” 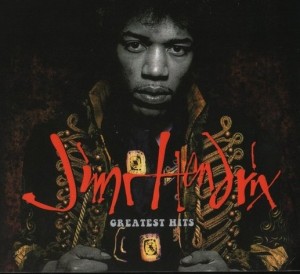 Hendrix, who died in 1970, burnt two guitars on stage – he repeated the stunt at a festival later in 1967 – but the one to be auctioned is the only example that survives intact.

The expected price that the guitar will fetch? A cool million.

A previous auction of a Hendrix guitar, known as the Woodstock Stratocaster, fetched $1.8 million.