This is the second part of actors with a musical performance in movies. The movies aren’t necessarily musicals.

The 2007 remake of Hairspray just might have the most impressive musical cast. The film’s all leading actors sing for their roles but obviously this is not a problem for John Travolta, as he is most famous for his 1978 film Grease.
Zac Efron sang in his series High School Musical, but he used quite an impressive rock n’ roll voice in Hairspray. 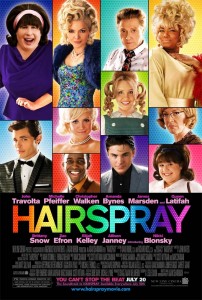 James Marsden, who we know best as Cyclops from the X-Men trilogy, is an actor/singer who has released albums.
And we all know Oscar-winning actor Christopher Walken (Best Actor in a Supporting Role for his role in The Deer Hunter) is capable of many things, as we saw him dancing around in the highly entertaining Fat Boy Slim Video Weapon of Choice. So it is no surprise that he pulled singing off.
Still, the biggest challenge was Travolta’s, as he played a woman in the film. His performance won him a Golden Globe nomination for Best Supporting Actor.

The movie’s opening credits start rolling while Antonio’s character El Mariachi is playing his guitar, along with fellow band members and singing this song on the bar-stand. When he notices a guy picking up a bar fight, about to endanger others, he walks towards him, without missing a beat or a note, hits him with his guitar; rendering him ineffective. Then he resumes his performance.

Through the rest of the movie however, El Mariachi’s guitar case usually serves as gun storage unit as he is after the drug lord who murdered his girlfriend.

The song, You Must Love Me, won Golden Globe as well as Oscar. The song was written by Tim Rice and Andrew Lloyd Webber. It was performed by Madonna.

Gerard Butler – The Phantom of the Opera 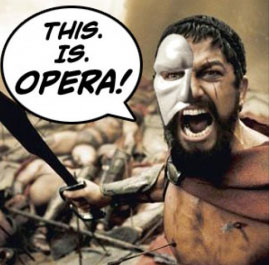 In 2004, Gerard Butler starred as the phantom in the movie The Phantom of the Opera, adapted from Andrew Lylod Webber’s stage musical .
It wasn’t that Butler is a stranger to singing. During his law school years, he sang in a rock band. However he was surprised that he was the number of choice for a musical — an opera. The movie was directed by Joel Schumacher and Butler’s co-stars/co-performers are Emily Rossum and Patrick Wilson. The movie was nominated for Best Song Oscar. Emily Rossum was nominated for Golden Globe.

The movie is famous for the song The Music of The Night, co-written by Andrew Llyod Webber and performed by Gerard Butler. Butler also performed this song when he presented an episode of Saturday Night Live.

Finally. While we’re on the subject of movies, best actor/director award (of movies I recently saw) goes to Clint Eastwood: Watch Video