She has decided to create an art exhibit at the Wagner + Partner Gallery in Berlin, including photographs and items that investigate death and the question of what remains after death.

This exhibit will include a work that has a story about Kurt Cobain, Adolf Hitler, Diane Arbus and the Brothers Grimm in a hallucinogenic twilight zone, all printed in shades of grey on black paper.

Which brings us to Cobain’s ashes: Natascha has written “Set me Free” in the ashes and scanned it, then rolled up the ashes, along with some hash, into a joint which is placed inside an antique cigarette case engraved with the word “Gone”

As part of the wind-up for the exhibit (which runs until Oct 11), she will SMOKE THE ASHES.

Asked how she came to have Cobain’s ashes, Stellmach has said, “That’s confidential and kind of magic. They came to me. And I am setting him free. Hmmm? Maybe it has something to do with this.

This final act, Stellmach said, will release Cobain from the media circus and into the Ether.

Or maybe it’ll just increase the media coverage for her exhibit. 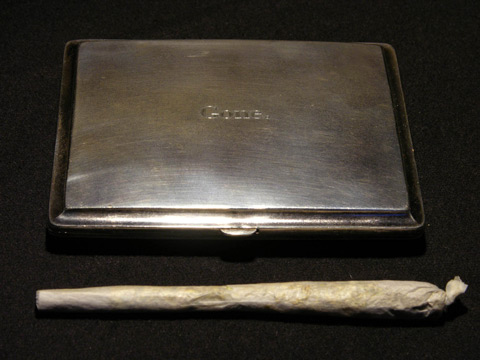 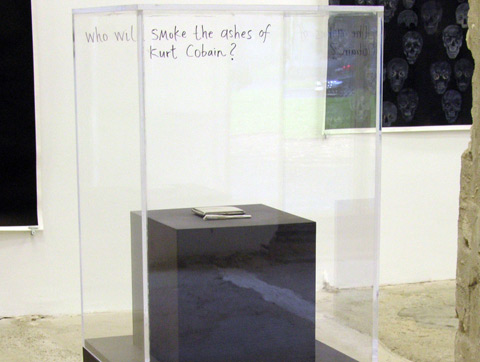