This is the second part in the Bryan Adams Duets & Collaborations. The previous article covered his singing with other artists, including his duets with Tina Turner and Barbra Streisand, as well as his song with Rod Stewart & Sting.

For his 1998 soft rock album On a Day Like Today (his 8th studio album), Bryan Adams wrote the upbeat, romantic track When You’re Gone, along with songwriter Eliot Kennedy. Bryan performed the song as a duet with former Spice Girls member Mel C (Melanie Chisholm) and shot a video with her. 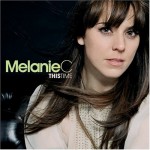 The song’s best chart positions ranged from number 3 (UK Singles Chart, Irish Singles Chart) to number 37 (French Singles Chart). The track’s other top 10 positions include numbers 4 (Australia), 6 (Norway), 7 (The Netherlands), 8 (Sweden) and 10 (Italy).
When You’re Gone sold 676,947 copies, making it one of the best selling singles of the 90s.

Don’t Give Up is a trance/dance song that is way out of Bryan’s usual pop/rock genre. This is not Adams’s first time working with Nick Bracegirdle, however, as they worked together previously on a remix of Bryan’s song Cloud Number Nine (from the 1998 album On a Day Like Today).
So Bracegirdle thought of Adams when he was searching for a vocalist for this 2004-dated song. Being the productive songwriter that he is, Adams wrote the lyrics as well.
The song was a number one hit on the dance charts in many countries, including the UK. The single sold 270,000 copies in the UK alone, overselling Madonna’s hit American Pie. The song found positions in the top 10 in Finland, Australia and Norway.
Bryan Adam’s vocals on Don’t Give Up were digitized through audio processing.

In 2005, Adams re-recorded When You’re Gone (originally recorded with Mel C in 1998), this time performing a duet with Pamela Anderson. This version was featured on his Anthology, his 4th compilation album (the first was Hits on Fire in 1988).
He also collaborated with Anderson on her 2005 sitcom Stacked, by re-recording the show’s theme song. The show ended in 2006, after a total of 20 episodes. 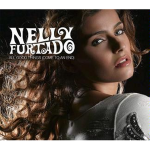 Bryan Adams also sang with fellow Canadian singer Nelly Furtado, whose records cover a variety of musical styles including pop, folk, hip hop, pop rock, Latin, R&B, dance &trip-hop. The two performed their duet Bang the Drum in 2010.
The song was written by Jim Vallance and Bryan Adams (the duo who also wrote the 1985 duet It’s Only Love -with Tina Turner- together).
The song was sung at the opening of 2010 Winter Olympics in Vancouver and is featured on the Sounds of Vancouver 2010: Opening Ceremony Commemorative album.