These aren’t bad songs, but just songs that feature “bad’ in their titles and lyrics. In fact, they are good and fun songs, and most of them have become huge hits. Featuring: The Offspring, George Thorogood, Bon Jovi, Jace Everett, and Chris Isaak. “Baby did a bad bad thing”.

Bad to the Bone – George Thorogood & The Destroyers 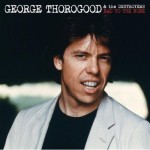 Bad to the Bone was released in 1982 on the album Bad to the Bone.
The song was written by George Thorogood. And while it wasn’t an instant hit, over time, it has become one of the catchiest and most well-known rock riffs in the rock history.

As for the lyrics: The guy is such a notorious heartbreaker and troublemaker that it becomes obvious to the nurses as soon as he was born. The song goes on to give examples of his badness, and how it has no limits. For instance, he “can make a good woman steal and a rich woman beg”. Oh and he promises he has broken, and will continue to break, thousands of hearts.

On the day I was born, the nurses all gathered ’round
And they gazed in wide wonder, at the joy they had found
The head nurse spoke up, and she said leave this one alone
She could tell right away, that I was bad to the bone
Bad to the bone 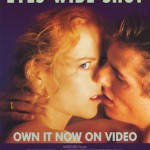 Also, Eyes Wide Shut is the third and last movie Tom Cruise and Nicole Kidman made together. They got divorced in 2001. So it seems like Eyes Wide Shut did a bad, bad thing on Kubrick’s health as well as a famous couple’s marriage.

While I really don’t like the movie, I love the song. It comes with good music, very entertaining lyrics as well as Chris’ impressive vocals. The video for the song is also a treat for guys as the female star is model/actress Laetitia Casta and she is doing “bad thing”s there to drive Chris crazy.

On an interesting note, when the song was first released in 1996, it had reached 27 in the charts. When re-released with the movie, it reached number 9.

Want You Bad – The Offspring

Californian punk rock band The Offspring released their sixth studio album Conspiracy of One in 2000. Want You Bad is the 4th track on this album.
As romantic as the title might initially seem, let’s not forget that this is a fun and a typical punk rock song. Meaning, “bad” doesn’t refer to how much he wants the girl but he is actually complaining that the girl isn’t bad enough. So he wants the girl tattooed and x-rated. Oh, and that he wants her to mistreat him. This song is a perfect example for the “treat them mean, keep them keen’ saying.

A half-animated video for the song was shot for the song. Also featured on the greatest hits album from 2005, Want You Bad was written by the band’s lead singer and rhythm guitarist Dexter Holland.
Sample lyrics

I want you
All tattooed
I want you bad

I mean it
I need it
I want you bad

— Warrant
Bad Tattoo is featured on Warrant’s 1999-dated album Greatest & Latest. It is a previously unreleased track. The album has been released three times in total, as it was re-released twice in 2004.
The song, most probably written by Warrant singer Jani Lane, talks about obsession as the guy has become obsessed with the girl and he is not going to be easy to get rid of, just like a bad tattoo. This reminds me of the genius “unflushable concept” that Jeff from Coupling (UK comedy series, 2000-2004) had come up with for the people that are very hard to dump.
Sample Lyrics

Released on the rock band’s 4th studio album New jersey (1988), Bad Medicine is a Bon Jovi hit that became one of the band’s signature songs. Written by Jon Bon Jovi, Richie Sambora and Desmond Child (the trio that also made Slippery When Wet).
New Jersey sold over 18, 000,000 copies, making it the band’s second best-selling album after Slippery When Wet. Featuring Living on a Prayer, Wanted Dead or Alive and You Give Love a Bad Name, Slippery When Wet sold over 28,0000,000 copies.
New Jersey also produced the hits Lay Your Hands on Me and I’ll be There For You, reaching number 1 in the US, Australia, Sweden, Switzerland and UK.
The Bad Medicine video is a Bon Jovi concert environment, with the late comedian Sam Kinison appearing in the beginning. Bon Jovi members Richie Sambora and Jon Bon Jovi also appeared in the Sam Kinison video Wild Thing.

Yes, the band members are from New Jersey and they love their hometown. Although I have a feeling their love might have substantially increased after the album’s sales. . . 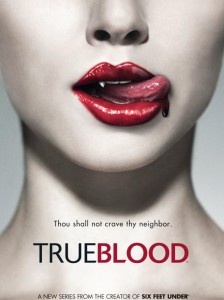 Bad Things is the opening credits song for the popular summer vampire show True Blood, starring Stephen Moyer, Anna Paquin, Sam Trammell & Alexander SkarsgÃ¥rd. The song is a combination of rock & country. The song was written by Everett himself in 2005 and it is featured on his debut album Jace Everett (2006).

The song didn’t gain popularity until it became the theme song for the show in 2008. It started appearing on the charts in 2009 and peaked at number 2 in Norway.

True Blood is set in Louisiana, where vampires and humans are living together. Vampires have acquired minority rights and the friendly ones are feeding on a synthetic blood. The two lead characters are Sookie Stackhouse, a waitress able to read people’s minds and the vampire Bill who refuses to feed on humans. Of course Bill and Sookie lust after one another from episode one, later falling head over heels for each other. The show is broadcast on HBO, the channel where Sex and The City used to air. So it is safe to say True Blood is pretty liberating with its sex scenes. Along with blood, gore and sex, there are indeed “bad things’ going on in the series.
On a fun note, Anna Paquin (Sookie) and Stephen Moyer (Bill) got married in real life in 2010.