Aerosmith has been one of the most influential and popular rock bands in the rock history. They’ve had a lot of ups and downs, but they managed to stay together in the end. Below is a short but fun Aerosmith trivia:

2. Aerosmith‘s lead guitarist Joe Perry and bass-player Tom Hamilton were already playing together in the band Jam Band. The line-up was completed when they were joined by Steven Tyler (lead vocals), Ray Tabano (guitars) and Joey Kramer (drums).

3. In 1971, Brad Whitford joined the band while Ray Tabano left.

4. The band released their debut album Aerosmith in 1973.

6. Aerosmith is the best selling American rock band ever, with their album sales surpassing 150 million.

7. So far the band released 14 studio albums, the latest one being Honkin’ on Bobo (2004). Honkin’ on Bobo is a cover album, with only one original Aerosmith song, The Grind. The Grind was written by Steven Tyler, Joe Perry and Marti Frederiksen. 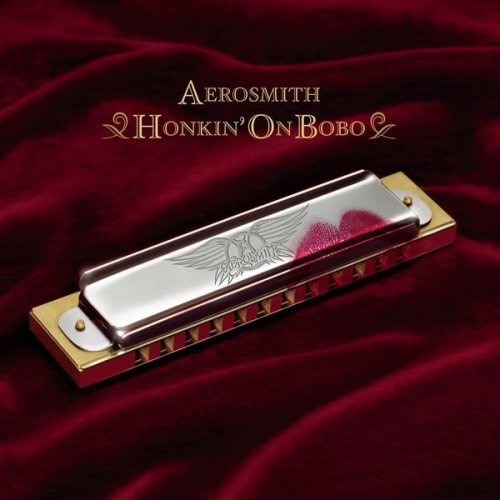 10. Biggest hits include, but aren’t limited to, Walk This Way, Dream On, Mama Kin, Sweet Emotion, Amazing, Crying, Crazy, Ragdoll, Love in an Elevator, Dude Looks Like a Lady, Livin’ on the Edge and I don’t Want to Miss a Thing.

11. Actress Liv Tyler is Steven Tyler’s biological daughter, though she learned about this fact when she was 8 years old. Upon seeing the resemblance, Tyler didn’t ask for a DNA test. Liv’s mother is the former model/playboy mate Bebe Buell. Liv used to believe that Todd Rundgren, another rocker, was her father.

14. Stephen Tyler is a grandfather as of 2004, as Liv Tyler had a son named Milo William Langdon.

15. In the horror/fantasy TV series Supernatural, the leading characters are two brothers who hunt down and kill evil creatures. This “career” often makes them assume false identities of cops/agents/etc. In one episode, they called themselves agents Tyler and Perry, inspired by Aerosmith members. But the guy they were interviewing turned out to be an Aerosmith fan.

16. They contributed to Liv Tyler‘s movie soundtrack Armageddon (1998) with the song “I don’t want to miss a thing”, a song that was written by Dianne Warren and was nominated for Best Original Song Oscar. Armageddon soundtrack features other Aerosmith songs, as well as a Jon Bon Jovi song called Mr. Big Time.

17. Armageddon is not the only Bruce Willis movie with an Aerosmith featuring soundtrack. In The movie Red (where RED is the short for Retired and Extremely Dangerous), Bruce Willis plays a retired CIA agent, after whom C.I.A. sends down assassins to kill. Karl Urban plays a hotshot, younger CIA agent. When the two of them fight, Back in the Saddle plays in the background.

18. Steven Tyler appeared in the movie Be Cool as himself. Be Cool, starring John Travolta and Uma Thurman, is the sequel to the movie Get Shorty.

19. It was rumored in 2009 that Steven Tyler could be leaving the band and be replaced by Lenny Kravitz. However Tyler stayed. The replacement singer Joe Perry had in mind was Lenny Kravitz.