The factors that determine the price of musical instruments vary but what make the price tags hit the roof are usually rarity, creator (such as being made by a distinguished luthier or being customized by a respected musician), celebrity owners (a guitar owned by Clapton will always be more valuable than the guitar of an average Joe); and auctions where the highest bidder wins. Many artists like to donate their instruments to charity auctions as they money raised can be donated to a good cause.

Violins
The price of an average violin: can be anything from $100, up to $ 3500 or more (for electric violins). Some of the most pricy violins are listed below:

Famous Italian luthier Antonio Stradivari – who lived in between the years of 1644 and 1737- made about 1,100 violins and most of them are still believed to exist. One of his better known violins was the “Lady Tennant Stradivarius” , which was sold for $2.03 million US dollars, in New York in 2005. 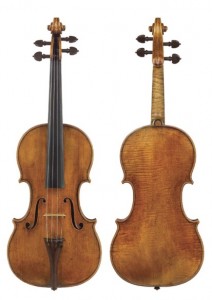 Stradivari’s rival luthier was also an Italian, named Giuseppe Guarneri del Gesu. (1698-1744). One of his violins- one that is a couple of centuries old- was purchased at about $4 million USD, also in New York.

The price tags of these two instruments were surpassed by another del Gesu creation. It was sold for US $18 million, in Chicago.

Guitars
A guitar can be bought at a couple of hundred dollars or a couple of thousand dollars. 12 years ago, I paid 50 bucks for my first guitar. It was brand new and quite good in quality. But then again, it wasn’t owned or signed by a celebrity. . .

A quality bass guitar might very be found at $6,000 or much less, depending on your budget. One special bass guitar, however managed to overshadow the expensive price tag of a couple of thousands of dollars as its determined value is $100,000. What’s so special about this bass guitar? Well, it does have pattern made of gold (and 24 karats!) — and it even features black diamonds as well. Its name unsurprisingly includes the name “royal” . It is called The Ritter Royal Flora Aurum. 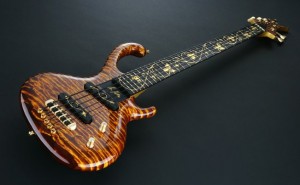 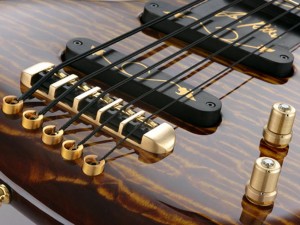 American guitarist/singer/songwriter Stevie Ray Vaughan (1954-1990)’s 1965 Fender Guitar Composite Stratocaster was sold at $623,500 at an auction. The guitar was a gift from the musician’s wife. Vaughan was killed in a helicopter crash in 1990.

The hybrid was formed by three different Fender Strats Clapton had bought in the 1970s – the total cost of these guitars were $300. This hybrid was sold at $959,500 at an auction. The guitar had been named Blackie by Clapton himself.

The guitars that were more expensive and sold at higher prices than Clapton’s belonged to Jamaican music legend, ska & reggae musician Bob Marley (1945-1981) and American guitar legend/songwriter Jimi Hendrix (1942-1970). Marley’s custom made Hawk guitar has an estimated value between $1.2 to 2 million. Hendrix’ Stratocaster from 1968 was presumed to be sold at $2 million.