The Greenwashed Ritual, an idea dreamt up by BambooSK8’s President Geoff Koboldt, brings together the action sports and music communities in a singular fight towards sustainability. BambooSK8 is the leading eco-friendly skateboard company and strives to not only promote sustainability, but also strives to inspire other companies to become more environmentally conscious. In addition to skateboarding, BambooSK8 has also organized a digital music compilation called the “Greenwashed Music Ritual”. 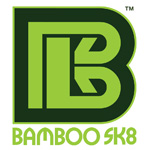 Geoff Koboldt says, “There is no doubt that music has the power to change the world. We are honored to have such a myriad of incredible talent who are willing to donate a song to help raise awareness towards sustainability and the environment.”

The Greenwashed Ritual has been able to bring together a multitude of artists from around the world and includes both major and indie labels including Roadrunner Records, Epitaph, Silver Back, Law Records, and Warner Music Group to name a few. The artists featured on these compilations cross many genres of music from rap to metal to punk to reggae to rock to indie. Some of these artists include Slightly Stoopid, The Expendables, Rebelution, Story of the Year, Pepper, The Giving Tree, E Dubble, Noush Skaugen, Buck Brothers, Arthur Autumn, Cherri Bomb and many more.

Each of the artists is excited to be a part of something that is promoting such a good cause. Noush Saugen, who is a part of the second Greenwashed compilation, says “I am thrilled to be a part of this compilation. We all have a massive responsibility to the environment and sustaining our precious planet, now more than ever. Hopefully my contribution to this record will help send this message to the masses:-)”

How the Greenwashed Music Ritual works is that every person that purchases a deck from BambooSK8 gains the secure password via email which they can then use to download music off of the www.bamboosk8.com website. The idea is that through each bamboo deck that is purchased and each download that occurs, steps are being taken towards a “greener” world. Also, the compilation is promoted via download cards that are promoted at a variety of skateboarding events such as Vans Warped Tour, Malouf Money Cup, X-games, etc.

BambooSK8 is excited to start developing its third compilation for summer of 2012 and continue its promotion of sustainability.