If you won the lottery, how much would you spend on an entertainment room? Probably less than music producer Jeremy Kipnis. He has put a cool $6 million into his “home theater”.

What do you get for $6 Million? How about a Stewart Snowmatte laboratory-grade screen, a Sony ultra-high-resolution 4,096 x 2,160 digital projector, 30 amplifiers (!), 16 subwoofers, 10 tweeters and 8 tower speakers

The home theater, which he calls “Kipnis’ outer limits theater”, is an 8.8 channel channel audio system (although there are a lot more speaker than that) and delivers a frequency response of 10Hz to 100 kHz.

The amplifiers are a combo of audiophile tube and solid state technology, and can deliver a mind-blowing 11,000 watts of power into audio geek level speakers.

The room is 33 feet long, 26.5 feet wide and goes from 8 feet high in the back to an 18 foot high screen at the other screen end of the room. 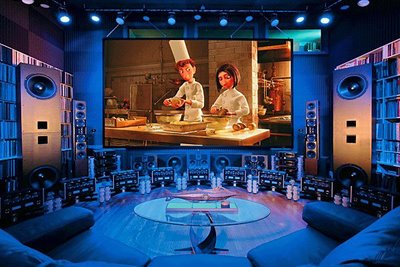 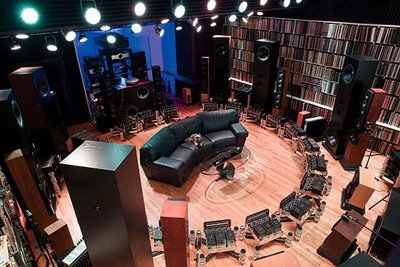 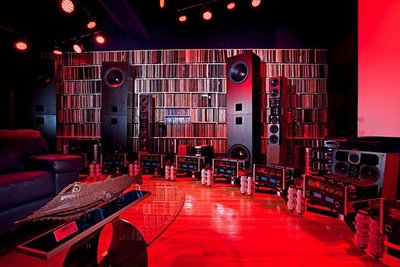 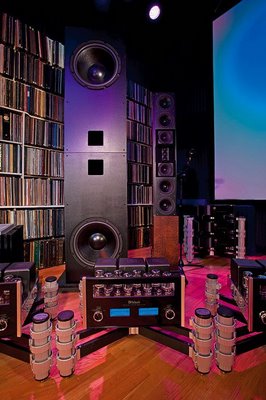 Of course even the power conditioners is top-notch (13,800 volt step-down transformers), and even all the cabling is super high end, right to the cryogenically-treated breakers. He isn’t using the same $1.80 HDMI cable (really, it’s that cheap) that we mere mortals tend to buy.

Here’s a partial list of the gear he’s using:

Man, I would love to listen to something like this or this on that stereo system !

More info on their home theater (they sell these things too) can be found here (warning, slow, ugly site alert.)