Grace Jones is not really at the top of my music list, however I could never say that she wasn’t creative, especially on the visual front. Her new Album “Hurricane” has some sort-of interesting artwork on the cover, but it’s inside the sleeve that you see the magic.

There is obviously a hint of self-importance in most of Grace Jones’ works (to put it mildly), and designer Tom Hingston works this concept beautifully – the inside artwork depicts life-sized models of Grace Jones made entirely out of chocolate.

The cover for the album displays a line of Grace Jones heads in chocolate and the insert depicts the manufacturing process for the heads and other body parts with Grace Jones herself inspecting the parts on an assembly line. Photographed by Jonathan De Villiers, I found the manufacturing process to be infinitely more interesting that the actual cover (I’m one of those people who, when I buy a CD, I find a picture inside the insert that I like better than the cover and re-insert it into the CD case with that picture showing instead of the original cover).

The original idea was to produce a set of images of Grace being mass-produced but with her being in control of the actual process, says Hingston. The crux of the idea is that she has ownership of her identity. We looked at a range of manufacturing processes, from car makers to pottery factories, but there was something about her being made of chocolate that had [the right] connotations. 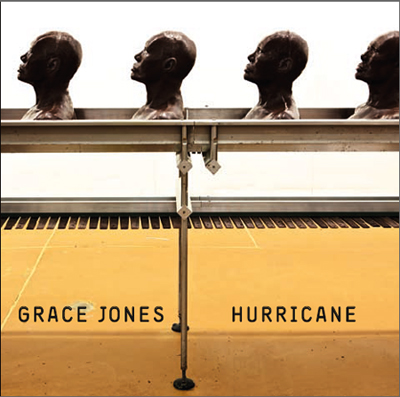 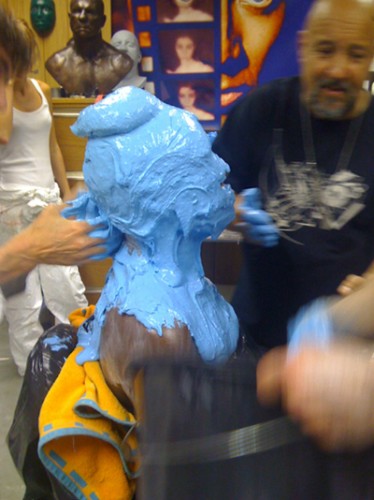 While Grace’s crew were scouting the Thorntons chocolate factory in Derbyshire to check it out as a potential shoot location, the Thortons suggested making up moulds for each of the body parts (16 of them!) and creating them right there in the factory. 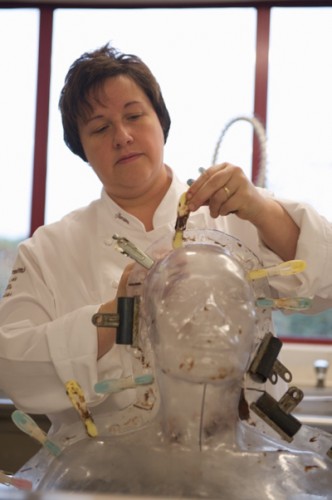 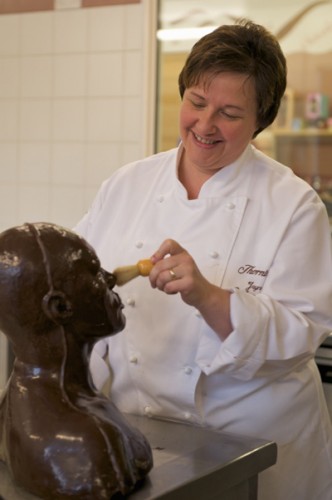 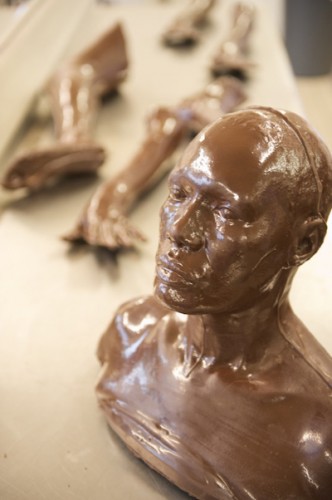 It takes about 20 minutes for each mold to set, said Hingston, and for the head there are just two small holes for the nostrils. But Grace was up for it and her participation was key to the idea. Of course, we were working with someone who used to being the muse or subject of such an unusual process. 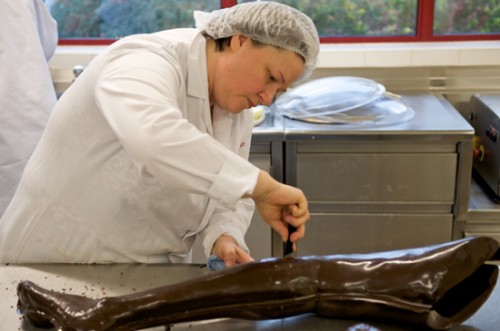 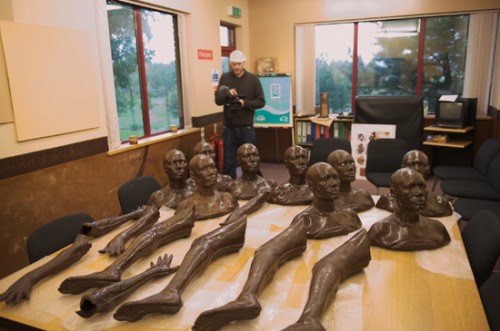 Although this is certainly one of Grace Jones less shocking visual works, it is in my mind one of the more creative and interesting. You can find the album on Amazon.