Pete Verrando in an audio engineer who has 20 years of experience in Production Sound Recording for film and television. He works all over the world doing on-location recording.

Pete Verrando has built something that is part innovative, part steampunk and part crazy-geek-inventor-guy. It’s something I’ve often tossed around in my mind, but he has taken things one step further and has actually built one: A CD turntable.

Actually, he’s built four of them. They look just like regular turntables, with a rotating disc and a tonearm, but they don’t play vinyl records, they play CD’s.

At first I thought to myself “there is no way could actually work”. There are so many problems – how do you keep the tonearm tracking those extremely thin tracks? what about the tonearm moving in an arc instead of a line like a regular CD player? How would you maintain a proper gap that is small enough to be able to read the laser without riding right on the cd? How to deal with ambient light causing errors? What if the laser hits me in the eye ?! 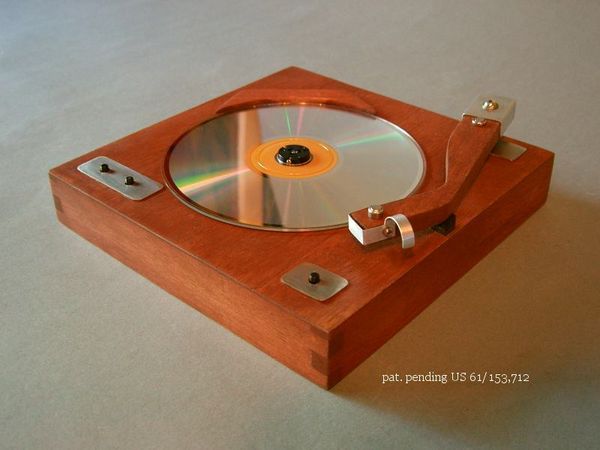 I suppose that the pickup mechanism on a cheap CD player could the modified to work if it was held roughly in the right position – the control mechanism will automatically make adjustments for focus and tracking errors. Software could deal with the math to accommodate for the arc of the tonearm, and proper mechanical precision could deal with the gap issue.

Still, putting it all together and getting it to all work is quite the accomplishment. He’s also applied for a patent for the invention.

Very, very cool. Hey Pete, how about hooking up your buddies here with one of those babies ? 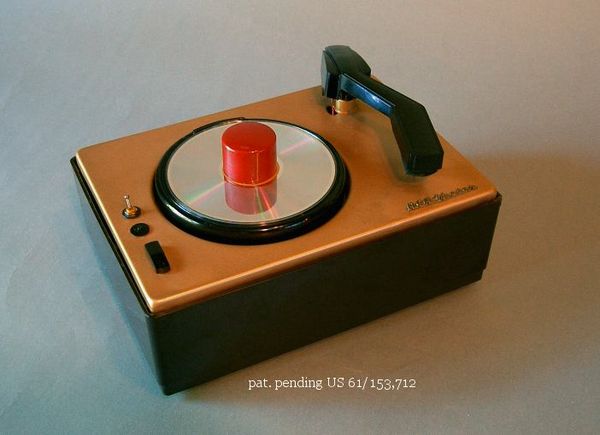 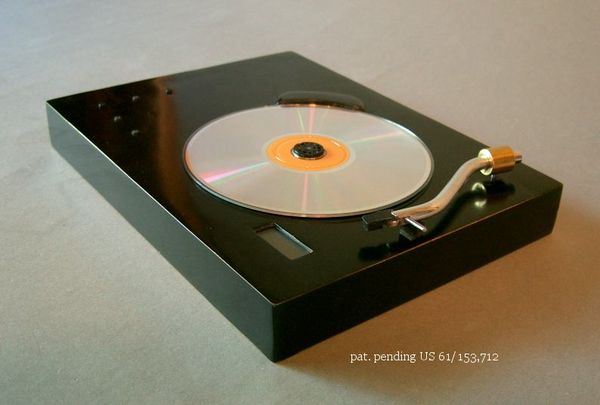 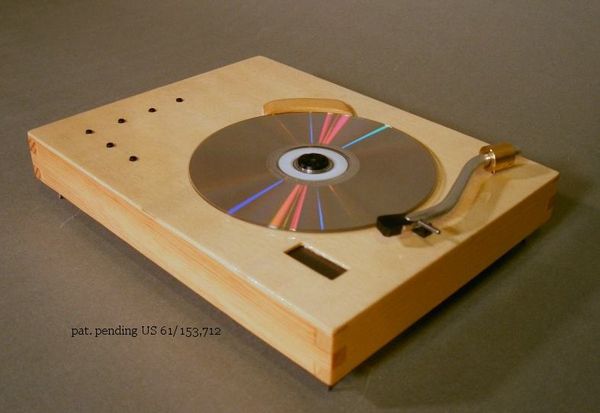