If you are not familiar with the rock band Cheap Trick, you may recall the theme song to the television sitcom about the Wisconsin teenagers, That 70’s Show. It is a cover song by Cheap Trick of Big Star’s “In the Streets.” It definitely has that 70s feel with its carefree and rebellious attitude. Properly enough the band Cheap Trick dates back to the 70s and so does their new release titled “The Latest” which in addition to being available in CD and Vinyl, they will also make available in the 70s format 8-track cartridge.

In the band’s 35-year career they have been an influence to bands such as Everclear, Guns N’ Roses, Motley Crew, Nirvana, Stone Temple Pilots, Green Day, Smashing Pumpkins, and Weezer. There was a recent piece here on custom guitars, Cheap Trick is known for it use of unusual guitars themselves. Cheap Trick has been able to stay relevant as well. Recently, they performed the theme song for the mega-hit film Transformers 2: Revenge of the Fallen and have a song on the popular video game Guitar Hero: Aerosmith Rock Band 2. 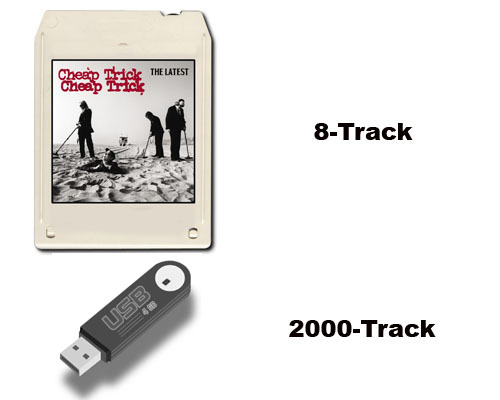 The 8-Track portable format was popular from the mid-1960’s to the early 1980’s. So why bring it back? If a bunch of these stations weren’t going to play it anyway, we’ll send them something that will be a nice conversation piece, explains Dave Frey, the group’s manager. The 8-track is something that’ll sit on their desk for a while, attract some attention.

Bringing the 8-track into the 21st century

If you want to have your very own NEW 8-track produced check out KTS Productions “Bringing the 8-track into the 21st century.” You can find them from their sister site Kate’s Track Shack. You can also order used sleeves for 15 cents in case you need them. 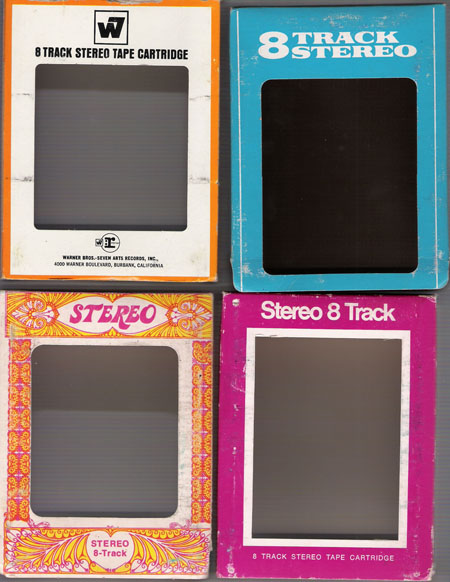