On December 4, 2009, a user going by the name “iamamiwhoami” uploaded a video to YouTube. The video featured images of trees with writhing limbs, a metallic-skinned woman in the fetal position in what appears to represent the womb, and — most disturbingly — a goat giving birth; its soundtrack was a haunting trip-hop piece, completely devoid of vocals and led by quivering high-pitched synths. Links to the 55-second clip, titled “Prelude 699130082.451322” , were sent to various music blogs and the video quickly went viral, with over 122,000 views to date.

A second video followed on January 7 and a third on January 24, both with similarly bizarre imagery and featuring the same slime-covered female, shown in both to have platinum-blonde hair (adding further fuel to the GaGa/Aguilera theories). And an owl. But are we any closer to learning exactly who iamamiwhoami is?

Certainly, Goldfrapp are known for their use of owl-related imagery — promotional art for their fourth album, 2007’s “Seventh Tree” , depicted singer Alison Goldfrapp being embraced by a giant owl — and they have reportedly worked with Aguilera on her upcoming album. However, the cover art for their fifth release, “Head First” (due March 2010) is as dreamily pastel-hued as the iamamiwhoami videos are dark and primal; the album’s first single, “Rocket” is a fizzy disco confection reminiscent of Kylie Minogue covering Van Halen’s “Jump” , with its own cover art featuring Ms G rocking a seriously retro pink jumpsuit. As opposed to, say, a platinum wig and black slime. So yeah, probably not them. 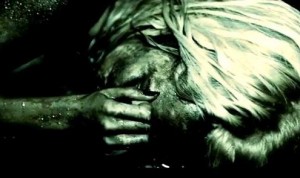 Meanwhile, Andersson and The Knife have been busy writing and recording an opera about the life of Charles Darwin. While MGMT have stated in recent interviews that there definitely isn’t a “Time To Pretend” or a “Kids” on their forthcoming sophomore release, “Congratulations” , the only thing linking them to the iamamiwhoami phenomenon appears to be the love for psychedelic, earthy imagery apparent in artwork and videos from 2008’s “Oracular Spectacular” . Similarly, there’s nothing concrete to link the videos to Bjork, Aphex Twin or Nine Inch Nails (aside from NIN’s similar use of cryptic videos for the promotion of 2007’s “Year Zero” album).

It has also been speculated that the videos are trailers for Animal Collective’s long-awaited documentary, “ODDSAC” , however, it has apparently been confirmed that this is not the case.

The evidence in favor of GaGa is slightly stronger, given her resemblance to the blonde female in the videos, although some forum-goers with maybe a little too much time on their hands have pointed out that the woman’s facial features don’t resemble Gaga’s and are more similar to Aguilera’s.

Yes, Aguilera. As in Christina [or Xtina], as in “Candyman” . As in the woman responsible for the regrettable [and mercifully brief] emergence of leather chaps into the public consciousness. The rumors that her upcoming album is expected to contain collaborations with such acts as Goldfrapp, Ladytron and collab queen Santigold certainly point to a more alternative direction, and she certainly hasn’t been shy of reinventing herself in the past – remember the dreadlocked rocker chick? The jazz-singing 1940s pinup? The robot-disco goddess who famously professed ignorance of GaGa’s gender when accused of jacking her look?

According to the blog Persona Sauna, each video’s title, a sequence of numbers separated by decimal points, contains a message when the numbers are matched with their corresponding letter of the alphabet (ie, A=1 and Z=26.0 If you add up the numbers before each decimal point, you get the following:

All of which certainly seem to point to Aguilera. Additionally, she has stated that her new album is inspired by motherhood, which appears to fit with the videos’ birthing/womb imagery. Now, I’m not a particular Christina fan [except “Candyman” , that was and continues to be my jam] but if it’s really her, I’m super excited to hear her new direction. 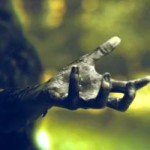 Of course, the letters and numbers could be red herrings and iamamiwhoami could be any of the other artists named, or even a new artist. But whoever it is, they’ve lured me (and a whole heap of others) in, and I can’t wait for when their creator is unmasked. Whether or not the music is any good remains to be seen, but one thing’s certain — iamamiwhoami has set a high, and bizarre, standard for music marketing strategies in the new decade.