While writing my previous headphones related article, I started thinking about the variety of artists who have collaborated with manufacturers of audio equipment to produce branded products with which their fans could display allegiance while — of course – rocking out to their music. From Metallica to Lady GaGa to J-rockers Beat Crusaders, here’s a list of some of the most memorable.

Unsurprisingly, the hip-hop legend’s Skullcandy collaboration brings the bass in a big way, featuring 30mm neodymium magnetic speakers and mini-sub woofers which will definitely invade your skull, if not crush it. Because that would be messy.

Released in September 2009, GaGa’s collab with audio giants Monster retails for US$120.00 and boasts distinctive, futuristic triangular earbuds you could easily imagine being sported by the Lady herself. Reviews were mixed, citing an overwhelming bass response and an uncomfortable fit in the ear.

A variety of electronic-music types have lent their names to editions of WeSC’s Bongo headphones, the most recent being Crookers (magenta and black), Pase Rock (recalling Louis Vuitton’s brights-on-white logo print) and Stretch Armstrong (psychedelic splatter prints.) While they’re mildly pricey, the warmth and clarity of the sound make them well worth the price.

Not an artist but a revered name in music nonetheless, Tower Records’ 30th anniversary was commemorated by Japanese company Mix-style with earbuds featuring the company’s logo.

San Diego stoner frat-rock outfit Slightly Stoopid have shared a stage with Snoop Dogg and, like him, have collaborated with Skullcandy on a pair of headphones. Unlike Snoop’s Skullcrushers, the Slightly Stoopid model is simply a branded version of the Skullcandy Hesh, but that’s perfectly ok since the Hesh is one of the leaders in the mid-price headphone market. 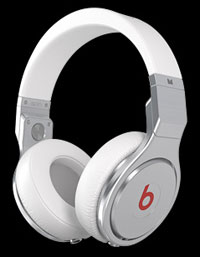 From the makers of the Heartbeats comes another collaboration, launched in November 2009. The battery-operated Beats will set you back US$350.00, but the overwhelmingly positive reviews indicate that they’re more than worth it.

An image of Toru Hidaka, frontman for J-rockers Beat Crusaders, adorns this variation on Mix-Style’s standard star headphones. A limited run of 150 sets was produced, with reviews describing them as adequate, but a definite case of style over substance.

A free download of Metallica‘s 2008 album “Death Magnetic” was included with every purchase of the band’s special-edition headphones, which were available in Skullcandy’s Hesh and Lowrider models. Both were praised for their sound quality, although the Lowrider exhibited a very un-metal tendency to break.