In the world of audio engineering, there is frequent debate surrounding sample rates – that is the number of samples of audio per second that make up the digital sound. So, I sought to find some basic answers surrounding this concept.

All sound can be accurately, mathematically described as a complex series of sine waves functions changing over time. That means that sounds can be calculated and reproduced by breaking it down into those sine waves.
That’s our first axiom.

Second axiom – that human hearing extends approximately in the range of 20Hz-20kHz. This one is debated a lot – but the truth of it is not necessary for this test. I only need the proper understanding of the fundament behind digital audio. 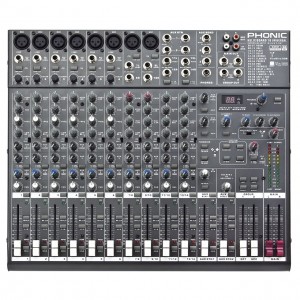 Third, and this one is pretty safely proven – any sine wave can be described with greater than 2 points along an X and Y axis, and further, the number of points given to describe the sine wave is irrelevant as long as it’s greater than 2.

This is where our 44.1 samples/second rate comes from. This means that we will have greater than 2 points along a amplitude vs. time scale for any sound up to 22kHz. The idea is we can accurately reproduce all the sine waves going up to the extreme of audible hearing.

But what happens to frequencies over 22kHz? Well, we don’t reproduce them accurately – we reproduce them inaccurately. Oops. It’s called Aliasing, This is why Analog to Digital converters have filters built in to them – to stop unwanted super-sonic frequencies from confusing the digital programming. The problem with filters are two fold – one is that they don’t totally eliminate sound – they simply reduce it – although, they do so by a lot. The other problem is that they cause phase distortion to occur around the cut off band.

Make a system that accepts much higher frequency content. If we grab 88.2 samples/second, our filtering and phasing occurs at 44kHz, which is WAY above human hearing. The only draw back is that our recording will take twice the amount of computer power to work with, and take up twice as much virtual space.

The debate begins. Is the difference of 44.1 vs. 88.2 audible? Does it warrant the computer power? Some people will go as far as to say that taking 44.1 recordings and upsampling them to 88.2 files will improve the sound, even if the goal is to go back down to 44.1 (which is the sample rate that CDs burn at).

I wanted to see what would happen if I took a 44.1 file and boosted the living heck out of the high end, and compared that to an 88.2 upsampling of the same file with the exact same boost. In theory, the 44.1 file should have distortion from boosting up the frequencies above 22kHz – while the 88.2 file should have significantly less distortion.

But first, I had to test another part of the theory. Does upsampling to
88.2 cause any distortion. To test this, I upsampled my test song up to 88.2, printed it, then downsampled it back to 44.1. I then Null Tested (flipped the phase on one of the prints) the two files. If the two completely cancelled out, I knew that they were exactly the same. If there was any sound remaining, I knew that the upsampling caused some form of distortion. The result was a perfect Null.

Next, I took my test song, and I trimmed each version down 16db to prevent any square wave distortion and inter-sample clipping. I then took a digital eq, one that does not do any internal upsampling (I used the stock Pro Tools EQ) and did a 12db boost at 10kHz. I then printed them out.

I found the 88.2 eq’d version to sound subjectively better. My ear alone told me that the fidelity was of higher quality. The Null Tests showed that in fact, there was a difference in the sound – a ghostly broadband version of the entire song was left behind. The Nulls turned out to be the same regardless of whether they were created by upsampling one file or downsampling another.