American hard rock band Ugly Kid Joe was very popular in the 90s, especially with their anti-romantic hit “Everything About You”. The song was written collectively by the band members.

Featured on the band’s debut album America’s Least Wanted, the song saw number 3 in the UK and number 9 in the States. The album’s chart positions ranged from number 4 (Austria) to number 27 (US).

The song talks about how he (the singer) hates everything about the girl he dated, even if it means hating “the rain inside the sunny weather”, the beach, the mountains and the countryside. He also hates her family. . . And the best part is that he is having a terrific time hating everything about her.

Everything About You sample lyrics: 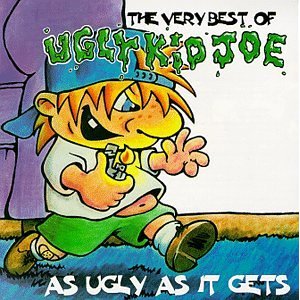 I hate the rain and sunny weather,
and I, hate beach and mountains too;
(and) I don’t like a thing about the city, no, no,
and I, I, I, hate the countryside too!

And I, hate everything about you!