“Blame it on the Love of Rock & Roll” is a song from the 1992 Bon Jovi album Keep the Faith. Written by Jon Bon jovi and Richie Sambora, the song is a reference to Jon’s (and probably Richie’s) own high school years where his teachers were tired of his “rock is all that matters” attitude and let him pass, with the condition that he’d just shut it.

In the song, the boy is taken to doctors, therapists and preachers by his parents so that he would be be relieved from the rock n’ roll possession. But of course there is no cure for that — all little boys want to learn to play the guitar, pick up the chicks and be a rock n’ roll star. And although Jon Bon Jovi didn’t pick up that many chicks (because he married his high school sweetheart Dorothea Hurley), he did pick the gorgeous actress Diane Lane (The Outsiders, The Cotton Club, Unfaithful) up (in the 80s) when he was separated from his then girlfriend Dorothea. 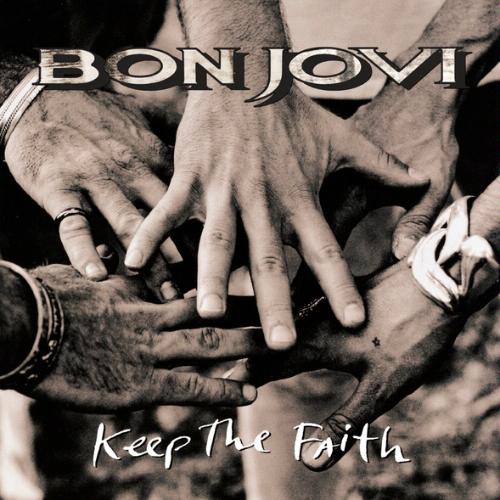 Blame it on the Love of Rock & Roll sample lyrics:

All I want, is to be a Rolling Stone
They don’t understand what we all know

It feels so good that it ought to be illegal
I got my vaccination from a phonograph needle
I’ll never grow up and I’ll never grow old
Blame it on the love of rock & roll.