Rihanna recently did an interview with Oprah (didn’t she get cancelled?).
To be honest, I haven’t seen the interview, nor do I have the desire to watch it, but based on Rihanna’s past actions/words and the teary-eyed preview generously shown to me while waiting to watch a more interesting YouTube video, I’ve already made up my mind on the value of watching it. 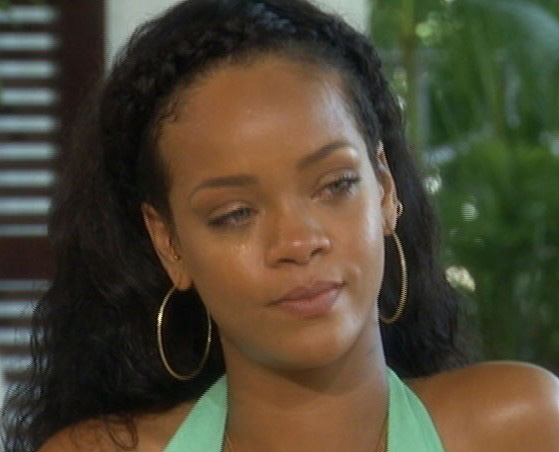 Rihanna, like it or not, is a “role model” of sorts. Many fans apologize for her irresponsible behavior while others cite psychology 101 on the “text case” of this or that syndrome she supposedly suffer from. Here’s the bottom line, she may still have feelings for the guy, even defend him, and all of that would be excusable.

However, there have simply been far too many excuses made for Rihanna’s actions. Defending Chris Brown is a serious lack of judgement, but what is even worse are her actions. For example, her choice of lyrics/songs subsequent to her “embarrassing” and “humiliating” episode with Chris Brown were not an innocent coincidence. She deliberately drew and wanted the attention of fans and media by singing lyrics about her preference for the rougher lifestyle. Almost as if saying. . . never-mind, you figure out what she was trying to say.