Some people take the quest for more bass more seriously than others. Perhaps they want something that will digest food for them, or maybe they’re still just looking for the fabled “brown note”. Whatever the reason, these subwoofers will kick your butt. Here are the contestants for the “largest Subwoofer in the World”!

Danley Sound Labs has created a monster sub-woofer array called the “Matterhorn”. It ships in a container that’s 20′ x 8′ x 8′ and is run by 40,000 watts of amplification. The array consists of 40 drivers in a massive wall of sound. There’s 1100 feet of 12 gauge cable and 23 pounds of .003 welding wire. Point thins thing at your neighbors the next time they’re being annoyingly noisy.

Even their Amplifier array is impressive – 40 1000W amplifiers. The whole thing is built to military spec. Power? don’t worry about it – it’s got it’s own built-in generator.

Maybe download their flyer before you click “buy it now” . . . or at least check out the video on their site. 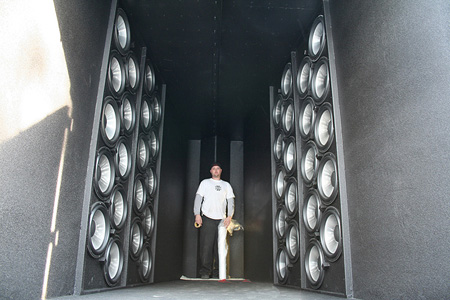 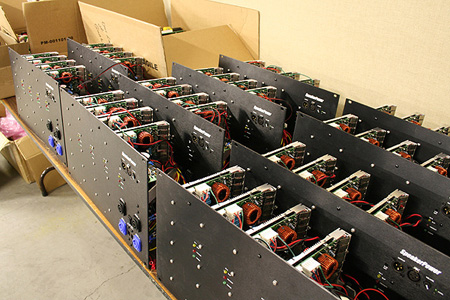 The next contestant is Royal Device. These crazies not only created a massive reflex-based subwoofer (out of Bricks!) , but an entire AUDIO ROOM to listen to it in. Here’s what the reflex portion looks like (yes of course it’s in stereo): 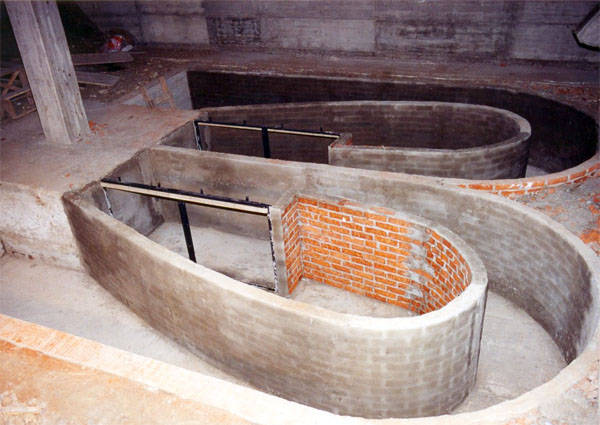 The audio reproduction is focused on the speakers output capability more than electric power output of the amplifiers with no need of KWatts power supply lines, releasing more than 110 dB/1W/1 meter sensitivity starting from below *10Hz* focused on the listening position.

The Subwoofer horns are built underneath the floor in a cavity of 1 meter deep. Each horn is driven by 8 x 18″ (47 cm) woofers. A total of 16 woofers.

Each horn is 9.5 meters long (!) and has a floor mouth area of 2.2 square meters and reproduce starting from 10 Hz FULL POWER. The real mouth area IS NOT the one on the floor. The real mouth have to be considered together with the side vertical frontal panels. The total horn is calculated onto the listening point considering the side walls and the ceiling loadings. This reduces the floor mouth that is not in open air. 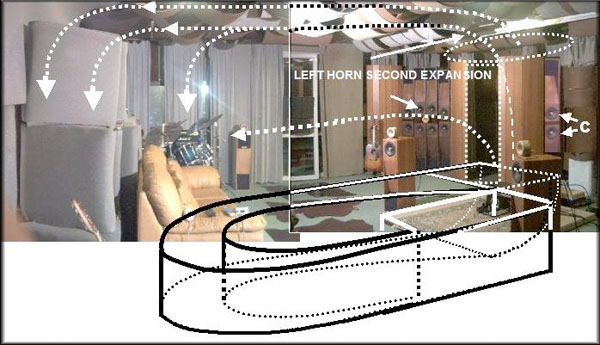 They document the construction an theory behing the subwoofer and the entire listening room right here. How the heck does that turntable keep the needle on the record with that thing blasting away huge waveforms at 10Hz, I’ll never know.

Hate those kids who go around blasting subsonic booms in their Honda Prelude? Richard Clark and David Navone along with Mark Eldridge have built a 60-inch subwoofer and have put it in a vehicle. It can liquify your brains with sound reaching 180 dB. This one driver has comparable output to 160+ ten-inch woofers (try and get that into your prelude, idiots!). This thing moves serious air. 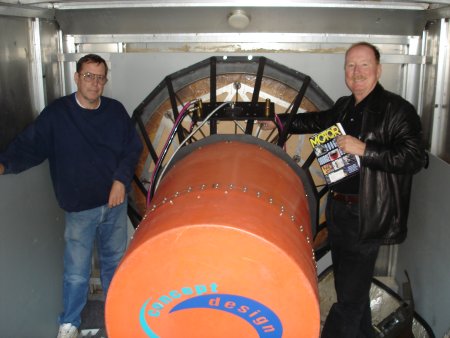 Anyway, the 60-inch sub came about in 1997 while Mark Eldridge was working with RC and Dave in North Carolina. Tim Maynor wanted to build a new SPL vehicle, and wanted Autosound 2000’s help. They looked at the different possibilities for woofer configurations, and with Dr. Eugene Patronis’ help (from Georgia Tech), they designed and built the giant subwoofer in about a six week period.

Unfortunately, Tim and his crew didn’t realize just how much acoustical power the sub could generate, and didn’t build the vehicle to contain it appropriately. Even at less than 1/2 output, the doors were literally blown off the tracks, and the entire vehicle ballooned in and out several inches.

A couple of interesting facts:

It hasn’t seen the light of the car audio industry since 1998 for several reasons. First is money… It isn’t cheap to haul it around, and unless it would produce some significant return on investment . . . Basically, it would be a very high price to pay for some entertainment value and bragging rights (but darn good bragging rights!)

Also, it would not be legal is car audio competitions (it’s whole reason for existing) by current rules because it isn’t a typical production, commercially available product. This thing is outrageously loud, and can make you a sick to your stomach when it plays those very low frequencies. It is one of the coolest things ever created in car audio.

One last contender, and I’d like to give it an honorable mention. Ladies and gentlemen, this is not a fan. Instead of paper or Kevlar (or whatever you kids are putting in drivers these days!), this little guy creates a huge wall of air the size of a room. The room itself becomes a huge resonating speaker enclosure. 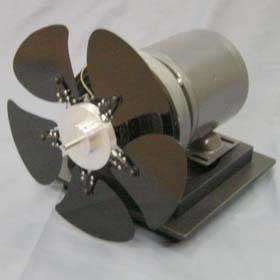 The Tech TRW 17 Rotates the “fan blades” and modulates the speed – the frequency can get as low a 1Hz (really!) That’s where nuclear explosions, jet engines and plate tectonics make their music.

With a price of $12,900, the TRW 17 is for hip-hop superstars only. Smaller versions are already in the works as well as one model specifically for cars (take that, Mark Eldridge!). Naturally, you must present your hip-hop superstar ID at time of purchase.