OK, I can think of a million things to say about this, but instead, I’ll just throw this out there

A study in the Australasian Psychiatry journal has found that the style of music that teens listen to can tell a lot about their emotional state. The study prompts a call for doctors to include musical tastes as a diagnostic indicator in their assessments.

It has found that certain emotional issues in teens were linked to specific styles of music: 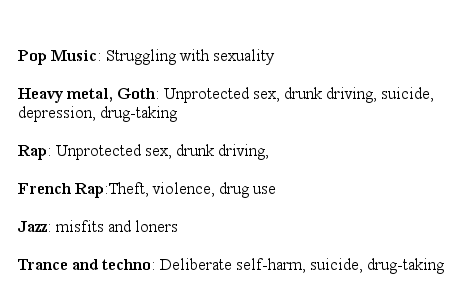 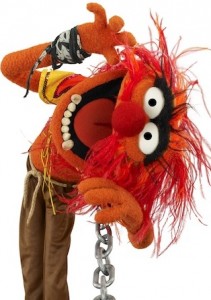 It’s important to note that the study is not saying that if you listen to to french rap, you will necessarily be violent. It has simply found a strong relationship between the types of music listened to and specific social/mental problems.

The study also found that kids who listen to hip-hop are mostly well behaved. What?!

The study recommends that doctors should ask teenage patients about their musical preferences to determine if they are at risk of developing an emotional illness.

The author of the study, Dr Felicity Baker said:

There is no evidence to suggest that the type of music you listen to will cause [you to behave in a certain way], but those who are vulnerable and at risk of [certain acts] may be listening to certain types of music

Bringing things back to reality though, the head of medical programs at the NSW Institute of Psychiatry, Michael Bowden had this to say:

The key to understanding any teenager is to treat them with respect by listening to what they have to say, rather than typecasting them according to the type of music they listen to.

I always knew that there was something wrong with emo kids.