Some say that laughter is the best medicine, and research seems to back this up – studies show that laughing has a positive effect on the cardiovascular system.

As it turns out, music might be an even better medicine than laughter.

Researchers at the University of Maryland School of Medicine in Baltimore have consucted a study which concludes that listening to your favorite music may be good for your cardiovascular system: Music that causes you joy has a positive effect on blood vessel functions. 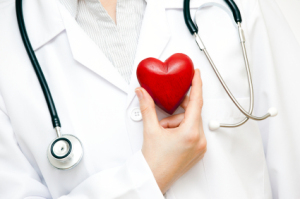 In the study, participants were allowed to select music which made them feel good and brought them joy. Researchers found a healthy response that matches the response found by an earlier study on laugher. The music caused tissue in the inner lining of blood vessels to or expand which increased blood flow. Conversely, listening to music that was perceived as stressful caused their blood vessels to narrow, producing a potentially unhealthy response that reduces blood flow.

It’s what I’ve been saying all along: listening to good music gives you life, listening to bad music will kill you.

Compared to a control group, the average blood vessel diameter in the arm increased 26 percent after the joyful music phase, while listening to music that caused anxiety narrowed blood vessels by six percent.

I was impressed with the highly significant differences both before and after listening to joyful music as well as between joyful and anxious music, said principal investigator Michael Miller, M.D., director of preventive cardiology at the University of Maryland Medical Center.

During the 2005 phase of the study, a 19 percent increase in dilation was seens. The relaxation phase increased dilation by 11 percent on average; a number that the investigators determined was not statistically significant.

That physiological impact may also affect the activity of endorphins in the brain. The emotional component may be an endorphin-mediated effect, says Dr. Miller. The active listening to music evokes such raw positive emotions likely in part due to the release of endorphins, part of that mind-heart connection that we yearn to learn so much more about. Needless to say, these results were music to my ears because they signal another preventive strategy that we may incorporate in our daily lives to promote heart health.

The results were presented presented at the Scientific Sessions of the American Heart Association on November 11, 2008, in New Orleans.

So there you have it. Next time you see someone clutching at their chest, forget the defibrillator & throw on some Jimi Hendrix.