Flying is not exactly a pleasant experience these days. From the stares you get at the security check, to waiting for your bag of peanuts or worst of all, traveling economy class, with the other sheep passengers, and praying you don’t get deep vein thrombosis. It’s such a relief when you can just lie back, and listen to your iPod, until the stewardess kindly(?) explains, that you have to take it off, because the flight’s going to land or take-off.

It’s something I fail to understand to this day, how can Kanye West possibly crash a Southwest? It’s not like they need any help, but all this talk of EMI interference from an iPod, seems unfounded. Mobiles, maybe . . . in fact they had an episode on Mythbusters which claimed to bust that myth too, but it was done on a high end jet, while most of the planes up these days, were serviced about 20 years ago. 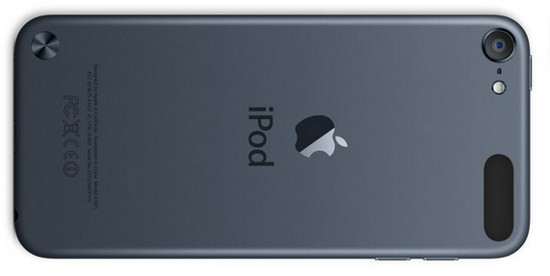 The issue with banning mobiles, up in the air does make some sense. After all they are devices meant to transmit, over a wide range, and can possibly interfere with unshielded electronics, or mess with the radio. Though the frequencies on which a mobile handset operates are distinct from that of the communications radio (though EDGE/GSM handsets can interfere with them easily), you never know when those cheap components will slip and start emitting frequencies off the charts. A plane load of passengers on their mobiles could possibly cause glitches.

Apparently, even now, there is still no clue, on the kind of effects any EM field generated by your personal electronics will have on the plane’s delicate machinery, though recent studies claim to dispute any reported ill effects, caused by the use of PEDs.

The FAA frowns upon PEDs (Personal Electronic Devices) which include almost all your electronics, like iPods, Kindle, but not mobiles. Mobiles and other transmitting devices (T-PEDs) which can transmit frequencies over a large range are more strictly prohibited. But the same rules which expressly allow an electric razor on a flight seem to frown on your iPod and that too, without any conclusive testing.

If mobiles have never been held responsible for a flight forced to take a mid-air triple loop, then how can a device which doesn’t even emit frequencies in that range. The issue of cheap imitations would rise again, but as with mobiles, EMI interference causing significant anomalies has been unproved to this day.

Flight attendants are pretty quick to change tack when you catch them on the EMI issue, apparently you are advised to switch your devices off, so that you can pay attention to in-flight announcements and the stewardesses instructions. Right. So apparently, it doesn’t matter if you fall asleep through the deadly dull drill about wearing your oxygen masks, but have a pair of ear buds in your ears, and you can bet there will be snakes on your plane.

But I digress, flights can be long and tiring, and the last thing any steward needs is another argument with another 8 year old about why his Gameboy, has to be turned off.

The FAA should update its archaic definitions, and at least approve a few popular devices on board for everyday flight usage. It’s tiring to hear, the same unfounded accusation that all PEDs are guilty unless proven otherwise. If my laptop’s wireless won’t crash this plane, neither will the wireless on my Kindle.

The next time a flight attendant tells you to turn off your iPod, do it, but enlighten them on the dangers of making coffee onboard as well.