Finally, after several false starts, I’ve compiled my list of the best albums of the decade. Perusing the lists on numerous other sites, I noticed that several albums (Wilco’s “Yankee Hotel Foxtrot”, Radiohead’s “Kid A” , OutKast’s “Stankonia” ) are a common feature.

Here, I’ve made a list that for the most part reflects my personal favorites rather than what I feel I should be including. By which I mean absolutely no disrespect to the above mentioned artists — but if all these lists looked the same, they wouldn’t be much fun to read, would they? 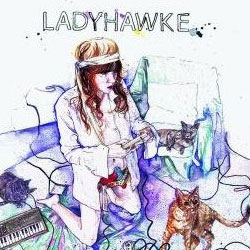 The most fun album of 2008 (and this was the year of “Santigold” , “Midnight Boom” and “Oracular Spectacular” ), New Zealander Pip Brown’s debut was what might have happened had Stevie Nicks discovered electroclash, spewing forth one sassy, sugar-sweet New Wave gem after another like a musical soda fountain. 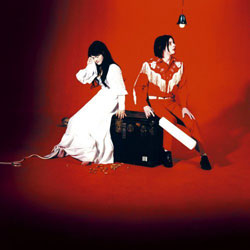 It seems that 2003 was quite the year for music – not only did it bring us the record I’ve chosen as #1 but this, the former spouses’ third release, and its world-beating first single, the ubiquitous “Seven Nation Army” . That song’s distinctive riff, propulsive drumming and paranoid lyrics, delivered by Jack White in a staccato yelp, shot them into the mainstream and earned “Elephant” the 2004 Grammy for Best Rock Song, but it was the other, more surprising tracks that made the album so appealing; Meg White’s lead vocal on “In The Cold Cold Night” and the back-porch strum of “It’s True That We Love One Another” (featuring both Meg and singer Holly Golightly) were the album’s most atypical but most enjoyable tracks. 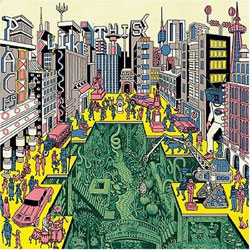 They probably thought the “modern-day B-52s” comparison was cute the first hundred times. But, damn it, I can’t think of another band that so closely resembles Cameron Bird’s Melburnian indie-pop collective. But there’s more to them than that; while on standout track “Hold Music” , Bird vocally and lyrically out-Fred Schneiders Fred Schneider, backed by the strident-voiced Kellie Sutherland, “Same Old Innocence” finds him doing sleazy garage rock just as effortlessly, and “Heart It Races” , with its tribal drums, ‘boom-da-da-da-da-da-da’ chorus and lyrics about throwing people out of windows is quite simply one of the weirdest pop songs of the decade. 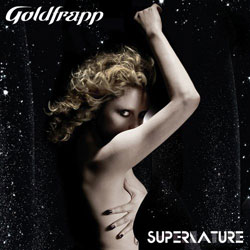 The S&M electro of 2003’s “Black Cherry” represented a radical departure from the ethereal sound of Alison Goldfrapp and Will Gregory’s debut, “Felt Mountain” – a departure that obviously suited them, because the robotic disco returned on “Supernature” , sexier and more dance-able than ever. Lead single “Ooh La La” struts like T.Rex, “Fly Me Away” and “Ride A White Horse” are the sort of euphorically fizzy dance-pop designed to make Kylie Minogue extremely jealous, and “Satin Chic” should be the soundtrack to every burlesque show ever (although that might get a bit boring after a while.) Naturally, for their next album, they went folk. 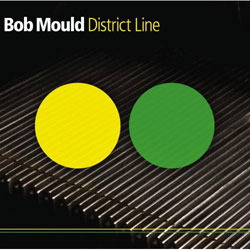 Centered around anguished note “Again And Again” (‘I left the title to the house inside the piano bench/And my lawyer’s got the will’) the 2008 release from the former Husker Du frontman, following his detour into electronic music with the “Modulate” album and his subsequent “return to rock” on 2005’s “Body Of Song” , showed that he’d lost none of his ability to write majestic, hook-laden songs that sound entirely contemporary; the magnificent “Return To Dust” and “Stupid Now” , with its Autotuned vocals and soft-loud dynamic, could have been performed by any radio-friendly 2008 rock band (Mould’s music has also been featured in “The OC” and the unaired pilot episode of “Buffy The Vampire Slayer” ), and surely for a man best known for his musical output in the1980s, that can only be a good thing. 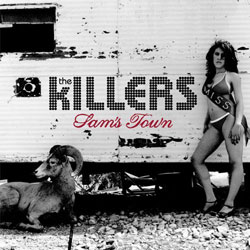 Lambasted by some critics for sounding like Meat Loaf doing a Springsteen covers album, the tunes on The Killers’ sophomore album nonetheless hold up better in 2010 than those from their seminal 80s-influenced debut, “Hot Fuss” . While that album took its cues from British synth-pop and post-punk, the widescreen Americana of “Sam’s Town” was, well, decidedly American. The success of the album’s awesomely over-the-top first single, “When You Were Young” , proved that the public at least was totally down with their new, more anthemic sound; follow-ups “Bones” and “Read My Mind” were just as good.

Best Tracks: “When You Were Young” , “Read My Mind” 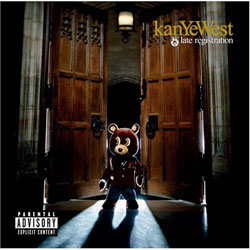 West’s second album fulfilled the promise shown on its predecessor, 2004’s “The College Dropout” ; with audacious samples (Ray Charles, Curtis Mayfield, “Diamonds Are Forever” ) and even a surprisingly un-awkward collaboration with Maroon 5’s Adam Levine, “Late Registration” assured him a place at hip-hop’s captain’s table and in numerous year-end “Best Of” s. And let’s not forget the almighty first single “Gold Digger” – in an astute piece of crossover marketing, it merged a sample of Jamie Foxx, winner of 2004’s Best Actor Oscar for his portrayal of Charles, singing Charles’ “I Got A Woman” , with an irresistible beat and a disaffected West rap about a certain kind of young lady, to create one of the best and most original songs in years. 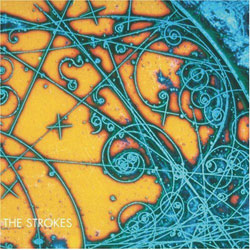 Arguably the most influential album of the decade, “This Is It” introduced the world to arguably the most influential band of the decade, five insouciant New Yorkers with a knack for fuzzy, uncomplicated garage-rock. Lead single “Hard To Explain” somehow managed to combine a childishly simple chorus with post-punk riffing to sound like nothing before it, while on “Last Nite” , with its equally uncomplicated arrangement, singer Julian Casablancas sounded almost too bored to sing. The band is currently “on hiatus” and its individual members may have gone on to make solo records with more sophisticated songcraft than their band’s debut, but nothing – even subsequent Strokes releases – could match the sheer impact of “Is This It” . 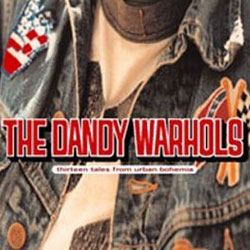 A sprawling concept album equally in debt to American grunge as it was to British space-rock, the Dandy’s third release could have comprised 13 gorgeous extended drones like “Mohammed” and “Sleep” and still been perfect. As it was, it combined the aforementioned drones with the band’s trademark sarcastic guitar-pop, psychedelia and country to create one of those rare records you can listen to without even considering skipping a track. The joyful slacker anthem “Bohemian Like You” became the band’s biggest commercial hit; epic third single “Godless” made it look positively throwaway. 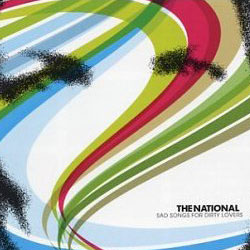 The stunning second album by New York-via-Ohio indie mainstays The National saw songwriter and vocalist Matt Berninger creating a dreamlike soundscape that was part American gothic, part film noir and part contemporary New York, his grave baritone rendering the album’s tales of love and loss (OK, mostly loss) all the more effective. Although its best-known track remains the ominous “Murder Me Rachael” , the most glorious moments are at the end: penultimate song “Patterns of Fairytales” is a heartbreaking blend of acoustic guitar, low-key electronic textures and that voice, and “Lucky You” finds Berninger getting all Nick Cave on us with the album’s loveliest melody. Despairingly beautiful.

And the honorable mentions:

17. Modest Mouse – We Were Dead Before The Ship Even Sank

13. Off With Their Heads – From The Bottom

12. Brand New – The Devil And God Are Raging Inside Me

11. The Morning After Girls – Shadows Evolve