Last week saw the official unveiling of the iPad, the latest addition to Apple’s hipster-friendly stable of multimedia devices. Among other things, the Pad (which resembles an over-sized iPod Touch and has been the subject of countless puerile Twitter jokes due to its name) features an iPod application through which music can be played in the style of an iPod or iPhone.

With the possible exception of the video recording feature on the current iPod Nano (which is nice, certainly, but maybe the tiniest bit superfluous in the age of camera phones), no great leap forward in iPod technology has been seen since the introduction of the iPod Touch in 2007. Surprisingly, this void in innovation has thus far been left unfilled by Apple’s competitors, with Microsoft, Sony et al. releasing models which may not be anything particularly new but are so eager to please you almost feel guilty about their inevitable demise in a sea of white headphones. 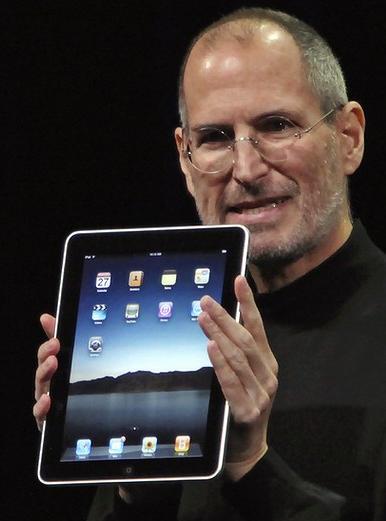 Bearing in mind its similarity to the iPhone, which was promoted by Apple as a one-stop shop for media, internet and communication, it’s apparent that the iPad is intended to fulfill a similar function, with a larger, more e-book-appropriate screen (yes, they’re still trying to make e-books happen). But is it a worthy replacement for your existing MP3 player?

The answer, according to early reviews, is not really. In a nod to its laptop ancestors, the iPad features a small speaker in its bottom right corner, but it’s a token gesture; without stereo speakers, reviews suggest that the sound quality is in no way a substitute for the sound produced by external speakers. The iPad features a 30-pin dock connector identical to that of the iPod and iPhone, so at least you’ll be able to hook it up to your existing dock. Like the iPod and iPhone, the iPad boasts a frequency response of 20Hz-20,000Hz and supports a variety of audio formats. It also features a volume control on the right side of its frame, as opposed to the finger-slide required to adjust the volume on its cousins. And it doesn’t come with headphones.

OK, so you’ve got the 3G model and you want to listen to music online while browsing the web? Make a new plan, Stan. Like the iPhone or iPod Touch, the iPad doesn’t multitask, which has been the source of much reviewer angst. Fortunately, as with the other devices, you can listen to your iTunes library whilst using other applications, but with the popularity of online radio you’d think the ability to multitask would have been taken into consideration during the design stage. Now that would have been an innovation.

On the plus side, if you just want to listen to music, it has a battery life of 10 hours. But then, if you just want to listen to music, why not just get an iPod? This has so far been the great mystery of the iPad — it looks cool, but what function is it designed to fulfill that isn’t already fulfilled less expensively by one of its Apple stablemates? I won’t go into the computing /gaming/internet side of things, because this is a music site, but unless you really crave an iPad for whatever reason, there’s no huge technological development in Jobs and co’s latest offering that will really make you want to trade in your existing MP3 player.