In the TV show Supernatural, the very first episode (set in the year 2005), established Dean’s character as a classic rock fan, who is also in love with his classic car, and his classic car’s cassette player. When his brother Sam jokes about how old fashioned his tapes are, Dean doesn’t really give a damn. Plus, a couple of seasons later, Dean sees that Sam has put an iPod to his car and he really is freaked out. Not that he is freaked out by technology in general, but he loves his classics when it comes to cars and music.

I still keep my cassette tapes but I rarely listen to them. After all, we are way past the Walkman stage, where cassettes only featured a handful of songs, switching from song to song used to be such a nuisance and not to mention, it was troubling to carry those things around- especially if you are going on a vacation. Imagine how many tapes you would have to carry if you needed 100 songs. . . 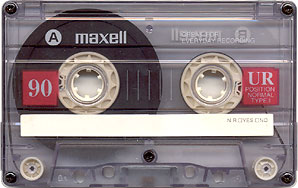 I appreciate the nostalgic value, though. I remember the story of how and why I bought each one, especially because there was a time when I had to browse through hundreds of music stores before I could find the rare stuff I was looking for. Or I was after something well-known, but I had to wait ages for its arrival.

It is also a good reference point if I am stuck for a specific song name. Plus, some of the album covers are really fun and unusual ( of course this goes for CDs as well). But if there is one upside to not keeping up with technology, it is that prices tend to get lower in time. It is possible to get a Walkman today for under $10. Of course like with everything, you can upgrade, add lots of features (such as radio channels and special sound systems) and can end up paying more than $100 or even $150. As for cassette players for cars, you can go from $50 to $500.

Of course in between iPods and cassette tapes, there were CDs. Our computers still have CD-ROM drives and frankly, after paying so much for so many CDS, I am not tempted to throw any of them away yet. Remember how much the CDs cost? But then again, it is possible to find perfectly good compact CD-players from $13-14 to $100 and up. I haven’t bought one since I broke my last one a couple of years ago, though. I am pretty happy listening to my existing CDs on my laptop and my MP3s on my MP3 player when I am out.

Of course now you can download iTunes selecting each song individually. There is even no danger that you won’t like the rest of the album, since you handpicked each song. Plus, many websites offer sample sound bytes of the song, some allowing you to listen up to minute of the song for free. Talk about a test drive. Bryan Adams’ song samples are available on his own website, for instance.

Now, iPods are Apple’s babies. And while some are now available for just under $50, you can still find more complex ones at a couple of hundred bucks. They weren’t always so affordable. So many (known and unknown) brands manufactured their own series of mp3 players (prices ranging from $50 to $500), offering different models at various price points.

So it is actually quite possible to find your favorite songs, at affordable prices and listen to them on very cool devices that don’t have to cost all that much. It is up to you (and your available space) if you are going to hang on to nostalgic stuff like this impressive record collection.

What’s your device of choice for playing music?