Immediately chose the correct value!
The trick lies in listening to the reverb of the instruments and voices in the music.

In general this style of music is easy to compress, due to few high frequencies, and quality is very even, but there are plenty of songs that will give you artificial noise in the higher frequencies.

My recommendation to you would be to have all encoded in OGG.

The average songs don’t compress as well as this one did (did you compress in 128kbit avg, or variable bitrate, or did you encode it in constant bitrate?). 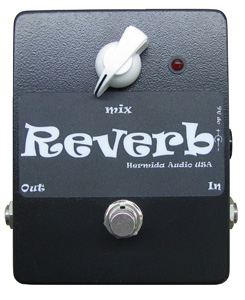 In the music you encoded above, it will be hard to distinguish the difference between both, except when you are playing it through earbuds, studio headphones, or studio monitors.

Most MP3 players playing back MP3 files with lower bitrates have a reduced dynamic output (eg: an identical file compressed at 128kbits or 160kbits or 320kbits does not suffer so much from the standard mp3 issues we know, like hiss or high frequency artifacts, but from lack of dynamics. Almost as if an MP3 encoded at 320kbits sounds louder on a small mp3 player, with more dynamic range.

An inherent fault at the manufacturers of cheaper MP3 players that should have done some more testing and extruded dynamic range more (MP3 also gains compression ratio (smaller filesize) by lowering the dynamic range from songs, or automatically adjusting it (CD audio has ~96dB of dynamic range, LP’s upto 106dB (for modern ones, older LP’s made of vinyl can have values as low as 40dB). Most of the dynamic range is never used in a song, eg: for a tape the noise level starts at ~-50dB, and eg: the lowest recorded instruments are recorded at -32dB while the highest recorded values are -1 or -2dB. The dynamic range of the song is thus ~30dB (save perhaps for an intro and outro, where volume fades in/out).